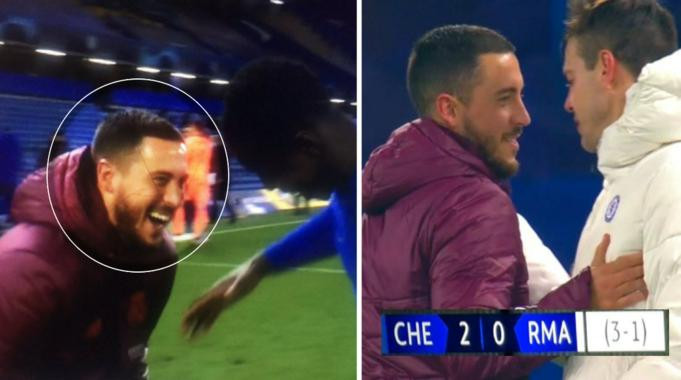 Eden Hazard has apologized to fans for laughing and joking with members of Chelsea’s team following his side’s exit from the Champions League at the semi-final stage on Wednesday night May 5.

Real Madrid lost 3-1 on aggregate to Chelsea as they progressed to the final thanks to goals from Timo Werner and Mason Mount at Stamford Bridge which gave the Blues a 2-0 win in the semi-final second leg to set up an all-English tie with Manchester City on May 29 in Istanbul.

Hazard who joined Real Madrid from Chelsea, where he scored 110 times in over 350 appearances from 2012 to 2019, was substituted just before the end of the game after failing to make an impact against his former club. 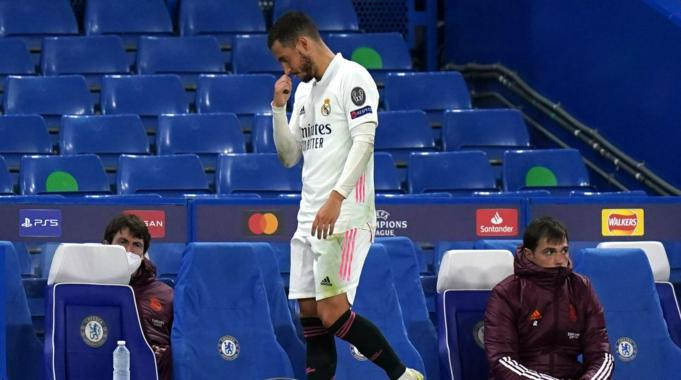 After the final whistle, the Belgium international was filmed laughing and joking with some of his former teammates, Edouard Mendy and Kurt Zouma.

Eden Hazard was happy for his former teammates ? pic.twitter.com/qhBpwODiAS

Hazard’s action drew criticism from Real Madrid supporters and Spanish media, with some fans even calling for him to be sold immediately.

In his apology, the 30-year-old said it was not his “intention to offend the Real Madrid fans”.

Hazard’s full apology read: “I am sorry. I have read lots of opinions about me today and it was not my intention to offend the Real Madrid fans.

“It has always been my dream to play for Real Madrid and I came here to win.

“The season is not over and together we must battle for La Liga! Hala Madrid!” 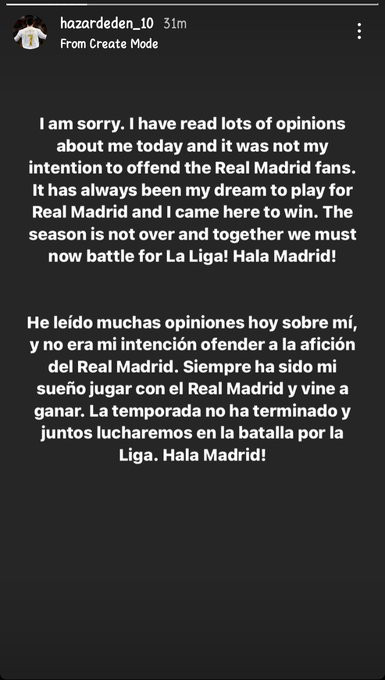