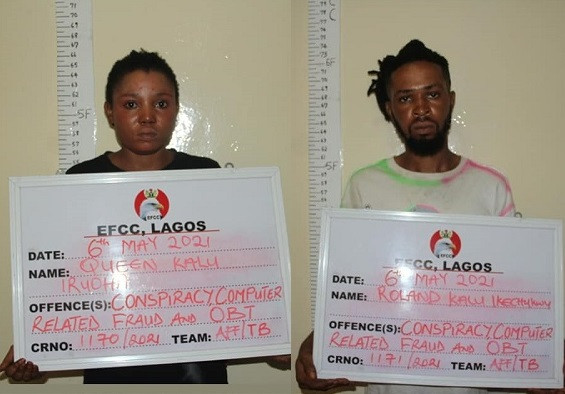 Operatives of the Lagos Zonal Office of the Economic and Financial Crimes Commission, EFCC, have arrested two siblings for their alleged involvement in internet fraud.

The suspects, Queen and Rowland Kalu, were arrested on Wednesday, May 5, at the Amikanle Alagbado area of Lagos State. 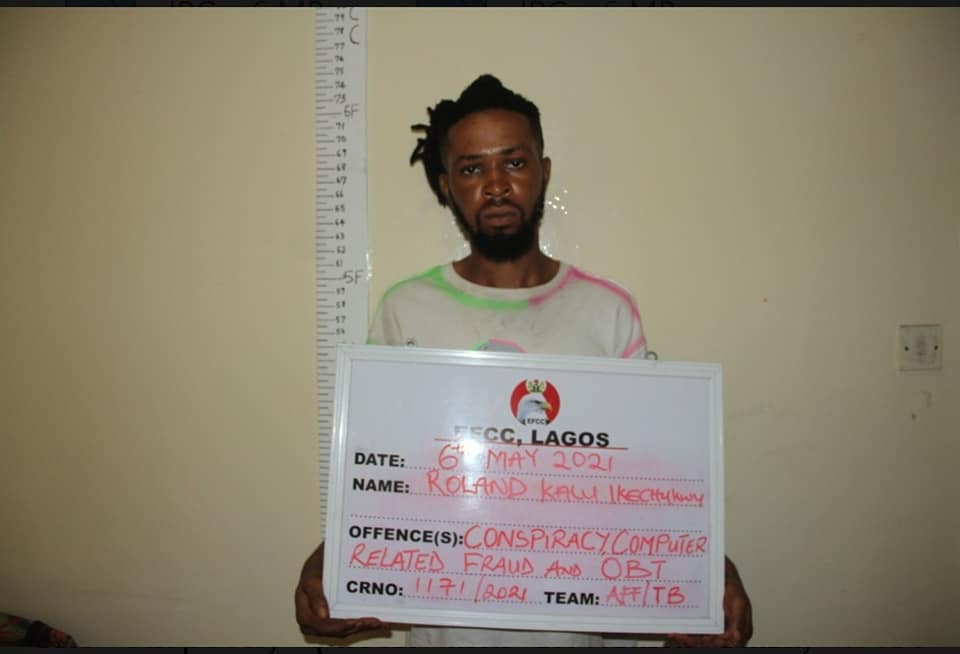 Their arrest followed credible intelligence received by the Commission about their alleged involvement in computer-related fraud and online dating scam.

Upon their arrest, Queen, who is a graduate of Banking and Finance, confessed to the crime, saying that she was involved in online dating and had made some money from the crime. 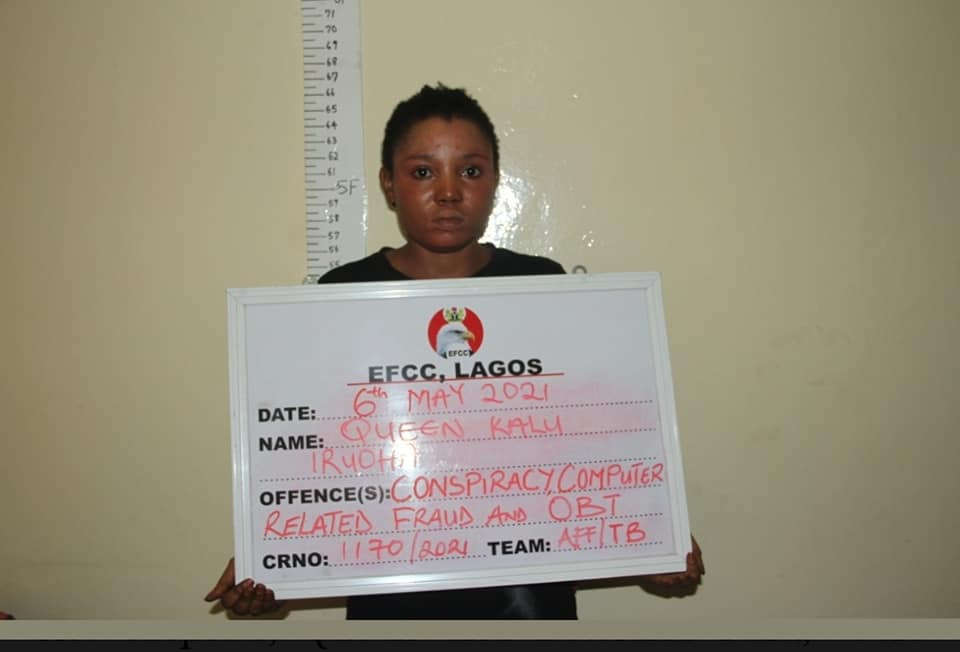 She also disclosed that she helps her brothers, including one Prince Kalu who is at large, to speak to their male victims and defraud them of their money.

A Mercedes Benz car and mobile devices were recovered from them.