US issues Emergency declaration in 17 states and D.C. after critical fuel pipeline infrastructure is cyberattacked 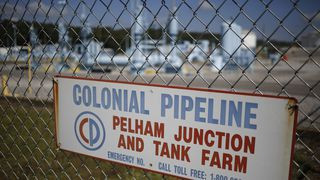 Joe Biden’s administration has issued a regional emergency declaration for 17 states and Washington, D.C., to keep fuel supply lines open after a cyber attack on Colonial Pipeline’s infrastructure on Friday, May 7.

Friday night’s cyberattack is “the most significant, successful attack on energy infrastructure” known to have occurred in the U.S., according to Politico.

Colonial Pipeline carries 45% of fuel supplies in the eastern U.S. Some 5,500 miles of pipeline has been shut down in response to the attack. 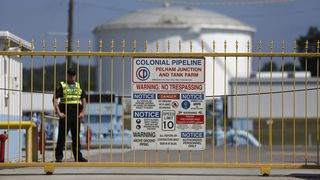 While gasoline and diesel prices aren’t expected to be impacted if pipeline operations resume in the next few days, fuel suppliers are becoming “increasingly nervous” about possible shortages, Bloomberg reports.

Colonial said in a statement Sunday while its main fuel lines remained offline, some smaller lines between terminals and delivery points were now operational.

“[We] will bring our full system back online only when we believe it is safe to do so, and in full compliance with the approval of all federal regulations.”

The US said it’s “working with” fuel pipeline operator Colonial Pipeline to try and restart operations as soon as possible.

The regional emergency declaration by the Department of Transportation’s Federal Motor Carrier Safety Administration is so that fuel supply lines can be kept open.

The DoT agency said in a statement the declaration “addresses the emergency conditions creating a need for immediate transportation of gasoline, diesel, jet fuel, and other refined petroleum products and provides necessary relief.”

The attack is a significant breach of critical infrastructure and comes on the heels of multiple other major cyberattacks on both U.S. companies and the federal government in recent months by foreign actors.

No single person booed the Minister