Home Entertainment J.Cole opens up about his retirement plans

J.Cole opens up about his retirement plans 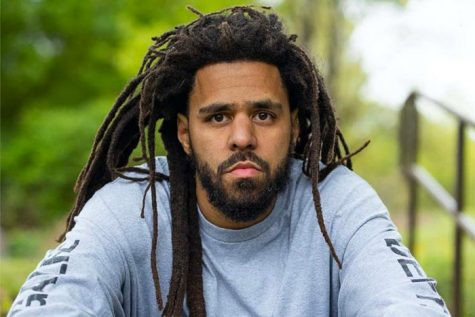 Rapper, J.Cole is thinking about retiring from music.

Ahead of the release of his new album The Off-Season, the Grammy Award winning rapper opened up about his future in the rap game as he coverex the June/July 2021 issue of SLAM magazine.

Back in December, Cole announced plans for three more projects including The Off-Season, It’s a Boy, and The Fall Off, which is rumored to be his final album.

According to Cole he wants to make sure he gives his all if he does decide to leave it all behind.

“Oh, bro, I’m super comfortable with the potential of being done with this shit. But I’m never going to say, Oh, this is my last album,” he tells the magazine.

Cole says he has been pushing himself to “uncomfortable limits” in order to better his craft.

“Because there’s a lot of shit I want to do with my life and in my life that, because I have such an intense love and passion for the craft, if I don’t let that go, I’m not going to be able to get to these other things that I also want to learn and grow and be good at.”

One of the things the rapper may be interested in is a career in basketball.

Cole has reportedly signed on to play for the Rwanda Patriots BBC in the inaugural season of the Basketball Africa League.