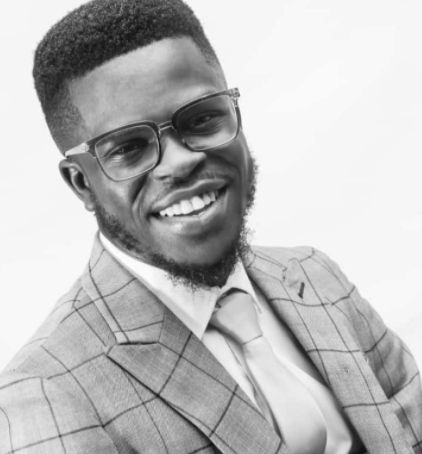 A gospel music producer. Ebenezer Ayeni, has died from gunshot wounds after he was attacked by armed robbers in Ibadan, Oyo state on Thursday June 10. 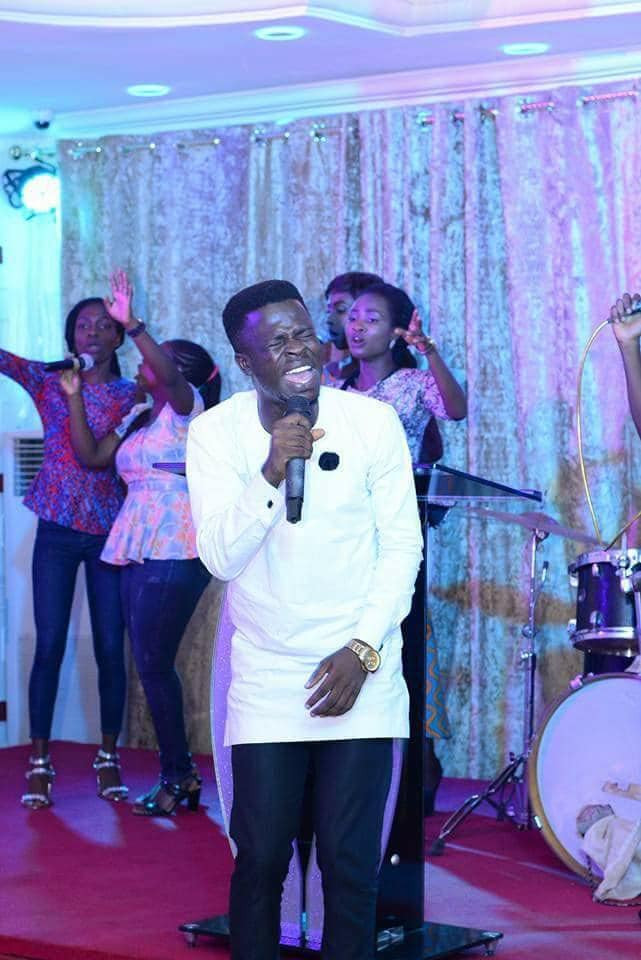 According to his friends who have taken to social media to mourn him, Ebenezer who was set to tie the knot with his lover next week was attacked by the armed robbers who invaded his home. He was said to have been rushed to the University College Hospital Ibadan and another private hospital but was rejected as the hospital staff allegedly demanded for police report before they could treat his gunshot injury.

He died hours later in the pool of his own blood.

His body has since been deposited in the morgue.

His friends have taken to social media to express their sadness over his sudden demise.

One of his friends, MC ShayorComedian, wrote

”Man of God like I used to call you, Ebenezer Ayeni NIGERIA HAS HAPPEN TO YOU TOO AND MY HEART BLEEDS.

Your Government has failed you

UCH has failed you

NIGERIA has failed you

Your wedding clothe that I bought is ready.. I spoke with your wife to be she said I told her I was coming on Wednesday and I said yes.. said I should wake u up for her…… Baba wake up oo will still believe in miracle and God still answers prayers u can still wake up to surprise us.How do you want the young ones you are gathering and putting on the right path to feel?

How do u want Bolarinwa Kehinde Ajipe feel who will feel that space you occupied in her Heart?

And to all Nigeria youth out there na once person dey die, at this point I don’t care what happens to me again, as long as it won’t happen to my next generation let me do the fighting now and die and nothing happens to the people coming behind me #UchFailedUs #jraphahospitalfailedus #nigeriafailedus #Mcshayorsayyourmind

Eben you can still wake up, my eye is full of tears right now and I can’t control my self 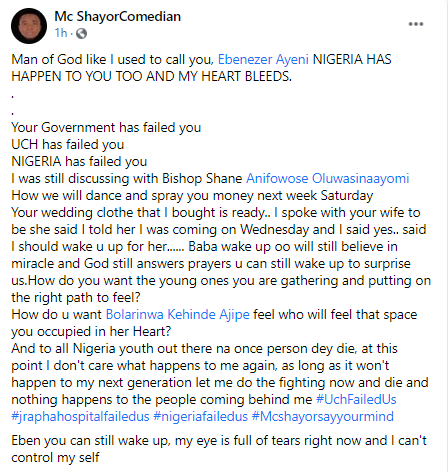 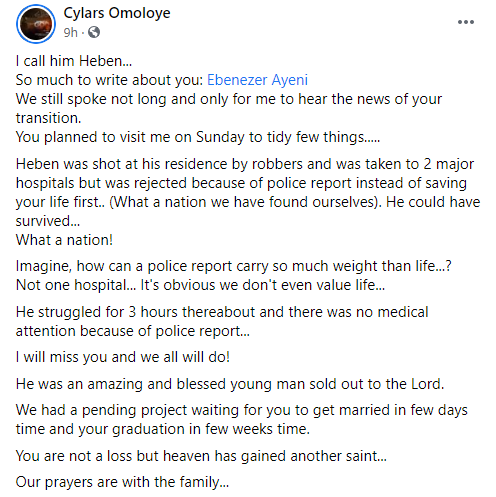 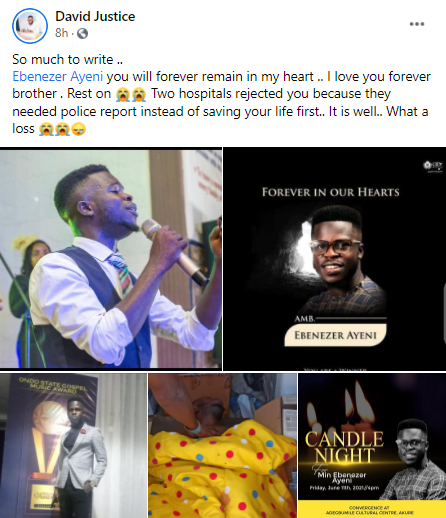