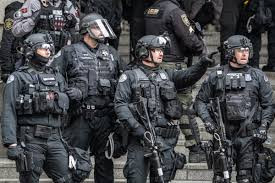 All 50 of Portland police’s highly trained rapid response unit voted unanimously to resign this week during a union meeting in response to the recent indictment of Officer Corey Budworth for allegedly assaulting a photographer with his baton when an overnight riot broke out last August.

A Multnomah County grand jury indicted Budworth on one count of fourth-degree assault related to an incident that occurred on Aug. 18, 2020. 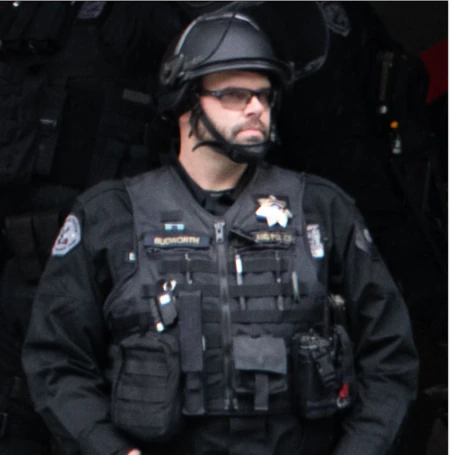 That night, according to the police union, a group of about 200 demonstrators, many equipped with tactical helmets, faces covered, and armed with a variety of weapons attacked the Multnomah Building in southeast Portland.

Multiple dumpsters were set on fire, buildings were defaced, and windows were broken. A riot soon was declared at the planned event after someone from the crowd launched a Molotov cocktail into the Multnomah Building, setting it ablaze.

“Per PPB Command Staff orders, RRT officers cleared the rioters from the area to allow the Fire Bureau to extinguish the blaze. But the rioters were not satisfied.”

According to the union, rioters re-amassed and began marching back toward the building. As the Rapid Response Team was working to clear the area, Officer Budworth “was forcefully knocked to the ground” and officers deployed pepper spray and less lethal munitions as the crowd grew more aggressive.

“Per his training and in response to the active aggression of a rioter interfering with a lawful arrest, Officer Budworth used baton pushes to move a rioter, now known to be Teri Jacobs, out of the area.”

Jacobs, an activist and photographer, fell to the ground. 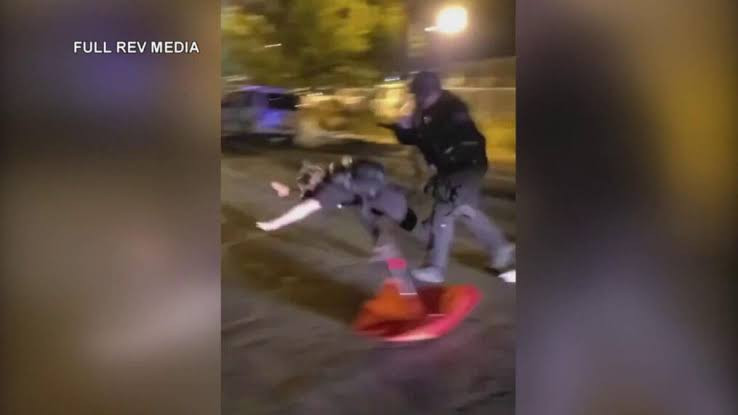 A video showing Budworth striking Jacobs on the head from behind quickly circulated on social media. 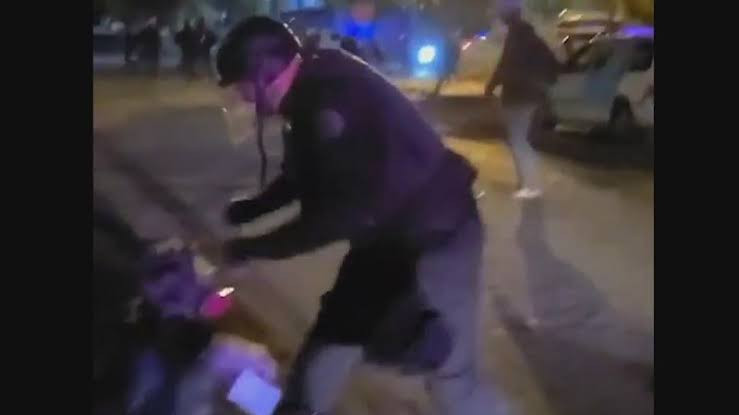 The city of Portland agreed to pay Jacobs $50,000 in a civil settlement related to the incident. She was reportedly wearing press credentials at the time.

But the police union said the blow to the head was an accident on the officer’s part and he used the lowest level of baton force.

“Reasonably believing that she was getting back up to re-engage in her unlawful activities, Officer Budworth employed one last baton push to try and keep her on the ground, which accidentally struck Ms. Jacobs in the head,” the union said.

“The location of Officer Budworth’s last baton push was accidental, not criminal. He faced a violent and chaotic, rapidly evolving situation, and he used the lowest level of baton force—a push; not a strike or a jab—to remove Ms. Jacobs from the area.”

“Unfortunately, this decorated public servant has been caught in the crossfire of agenda-driven city leaders and a politicized criminal justice system,”

The statement indicated that the resignations were effective immediately and it’s unclear what implications would be for law enforcement response to future demonstrations in Portland.

The officers who agreed to resign will no longer work as part of the Rapid Response Team but will remain employed by the police department, according to the PPB.

A statement from Portland Police Chief Chuck Lovell in response to the officer’s indictment reads:

“Law enforcement is held to a higher standard and must constantly strive to live up to that standard. PPB has processes of accountability in place that take time to complete,” Lovell said.

“As Chief, I have a role to play in the Police Bureau’s internal process associated with this case and therefore, I cannot provide additional details.”

The police department “remains committed to providing public safety service to this city, where our personnel respond with professionalism and compassion,” he said.

“PPB has worked hard over the years to revamp our policies and training and we continue to look for additional ways to maintain our community’s trust. I ask for the community’s patience as we follow the guidelines of the established internal accountability process.”