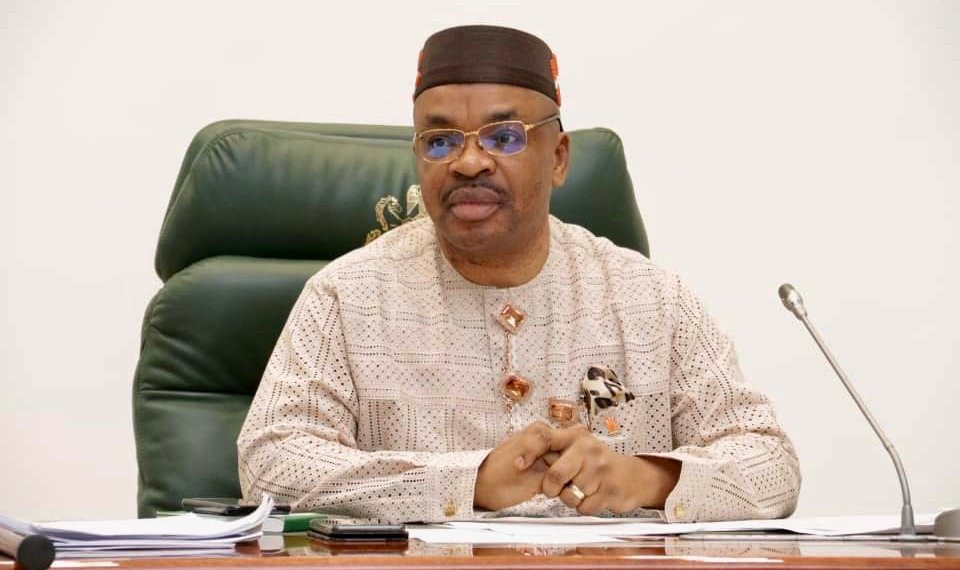 The Akwa Ibom state government has inaugurated a five-man committee to investigate the case of a final student expelled from Akwa Ibom state university after being accused of making “derogatory remark” against Governor Emmanuel Udom on Facebook.

LIB reported earlier that Iniobong Ekpo who was studying agricultural engineering at the institution, had written a Facebook article in 2019 with the pseudonym ‘Afrosix Jaara’, accusing the Governor of reneging on a promise he allegedly made in 2017 to give financial reward to the then graduating students of the university.

He was first suspended and then expelled over the article which the university’s institution said was a “breach” of the matriculation oath and a violation of the university rules and regulations enshrined in the Student Information Handbook.

The expelled final year who reacted to his expulsion, accused the university authorities of not giving him a fair hearing and never inviting him to defend himself.

Reacting to the development in a statement signed by his Chief Press Secretary, Ekerete Udoh, Governor Udom said he was not aware of the administrative action undertaken by the university.

Udom also disclosed that he has directed the constitution of a Panel comprising five members, to review the case and submit its report immediately. The Panel is to be headed by the Honourable Commissioner for Education, Mrs. Idongesit Etiebet.

“We have read various reports mainly on the social media space concerning the administrative sanction said to have been taken by the Management of the Akwa Ibom State University (AKSU) against one of its students, Iniobong Ekpo, leading to his expulsion from the University.

“We have equally followed the media feeding frenzy by the usual motely crowd of political jobbers and inveterate rabble rousers who have maliciously tried to link the action taken by the university authority to the Visitor of the University, His Excellency, Governor Udom Emmanuel.

“We wish to state here emphatically that Governor Emmanuel, a known apostle of freedom of expression, was and is still not aware of this purely administrative action reportedly undertaken by the university.

“He has accordingly, directed the constitution of a Panel comprising five members, to review the case and submit its report immediately. The Panel is to be headed by the Honourable Commissioner for Education, Mrs. Idongesit Etiebet.”