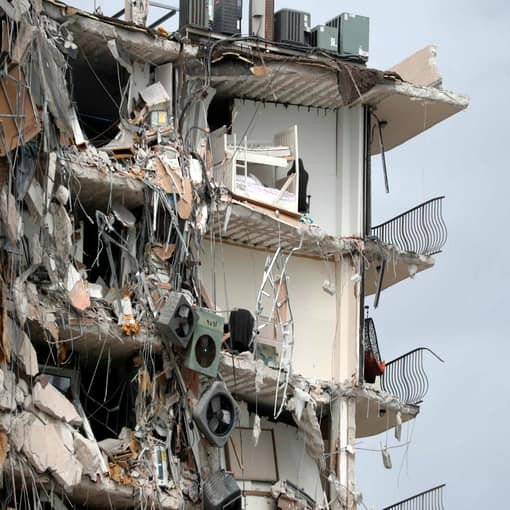 A resident of the Florida condominium that partially collapsed on Thursday filed a lawsuit in 2015 alleging that one of the building’s outer walls was not being maintained properly, court records showed.

In 2015, Matilde Fainstein filed for damages in the Miami-Dade Circuit Court, saying the building’s owners “failed to repair or negligently repaired the common elements and the outside walls of the building.”

The previous year, water had started coming in through cracks in the outer wall to Fainstein’s terrace, causing damage, the complaint said. The filing said she had previously taken the same issue to court, where the building’s owners were found liable.

On Friday afternoon, officials confirmed that the number of people listed as missing after the collapse of a 12-storey building in the US city of Miami has risen to 159. Four people are known to have died.

The collapse of the Champlain Towers South condominium in the small, beachside town of Surfside, about 6 miles north of Miami Beach, was reported around 1:30 a.m, on Thursday, June 24.

At least 102 people have now been accounted for, but it is uncertain how many were in the building when it came down. Dozens of people have been evacuated from what is left of the structure, according to the report.