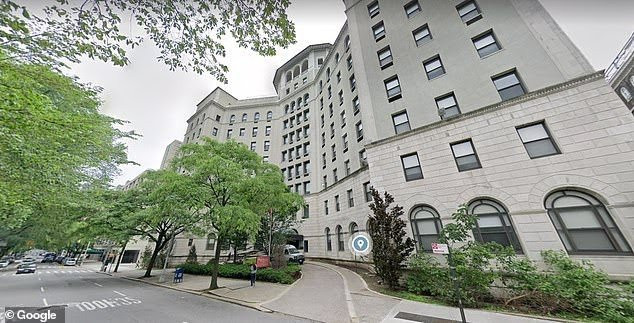 An X-ray technician has been accused of attacking an 81 year old nursing home patient.

He is accused of attacking the fragile woman at a Catholic Church-run nursing home in Manhattan, New York.

The woman (unnamed for legal reasons) was in her room with her nurse when Negoue entered to perform an X-ray, court records show.

Negoue asked the nurse to leave the room while he worked.

From outside the room, the nurse heard the woman crying. When she went inside to see what was happening, she saw Negoue leaning over the woman

Negoue wiped his hands on the bedsheets and tossed a glove he was wearing into a trash can,  court papers released this week show.

“I didn’t do anything on purpose. I realized a lubricant was on my hand which is why I wiped it on the bed,” Negoue allegedly told the nurse.

Her son, Rodney Vargas is pained by the incident .

“How despicable do you have to be that you would do that to someone who is mentally incapacitated?” asked her son, Rodney Vargas, 52.

“I think that’s the lowest thing that I ever heard,” Vargas said.

“She [the nurse] was my mother’s voice when my mother didn’t have one,” Vargas said. “If I saw her, I’d give her a hug and thank her.”

Before her dementia, the assault victim trained Vargas and his sister.

“She was a great mom,” Vargas said.

“She made costumes for us that she would sew, and she would bake cakes and she took care of my nieces. Her favorite time of the year was Christmas.”

She and her husband have been married for 62 years, and they have two grandchildren.

According to Vargas she was still fairly mentally sharp when she went to the nursing home in 2015, but Alzheimer’s disease has caused a sharp decline in her cognitive function, and nowadays she needs constant care because she wanders and sometimes doesn’t recognize loved ones.

Still, she survived a broken right wrist that caused her to almost lose use of the hand and a bout with COVID-19, Vargas said.

“When she tested positive I was devastated,” he said. “I said I’m going to lose my mother and never see her again. I’m not going to be able to have a funeral.

“She got through it and then this happens, and I was so angry.”

A Manhattan grand jury has charged Negoue with endangering the welfare of an incompetent or physically disabled person, which carries a four-year prison term. He also faces a misdemeanor sex abuse charge.

He appeared briefly in court Wednesday, June 23 for a procedural hearing.