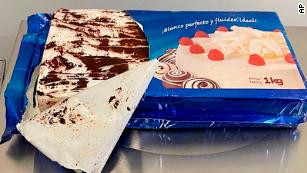 A man and woman have been arrested in Maine, USA after police found cocaine disguised as a cake in their vehicle.

According to the Maine Drug Enforcement Agency, they received information from anonymous sources and stopped a vehicle on Tuesday July 20. 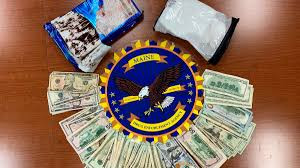 A K9 dog alerted the drug agency officers of illegal drugs in the vehicle after sniffing the car.

After checking the trunk of the car, they found four pounds of cocaine and about $1,900 in cash, believed to be proceeds from illegal drug sales, the DEA added.

Some of the cocaine found in the vehicle was pressed into a block and wrapped to look like a cake.

Drug enforcement Agents believe the drugs were being transported to Main for distribution in the counties of Kennebec and Somerset.

The suspects have been charged with aggravated trafficking in a schedule W Drug, a Class “A” offense.

If convicted, they could face up to 20 years in prison.