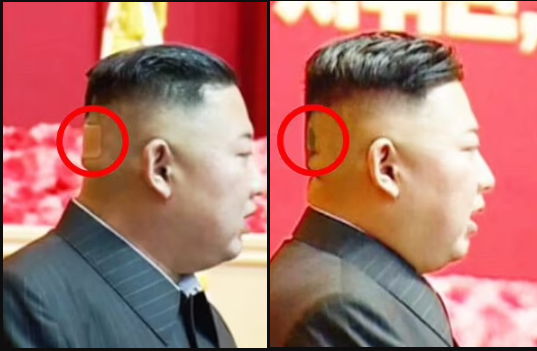 Kim Jong Un has been spotted with a dark spot on the back of his head, which is sometimes covered with plaster, in latest health scare.

The North Korean leader was first seen at the end of July when he attended a series of events including a military parade and meeting with veterans.  The apparent wound was seen uncovered or covered by a coloured plaster. 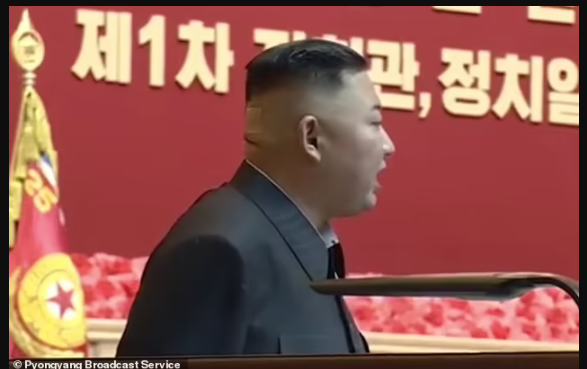 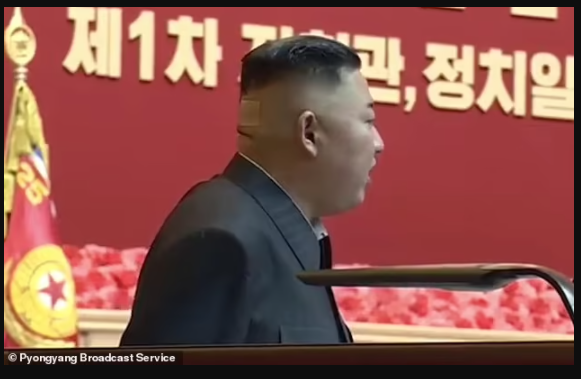 Back in June, State media described Kim as ’emaciated’ and ‘breaking our people’s hearts,’ in an apparent effort to evoke sympathy for the despot who has admitted publicly to a ‘great crisis’ brought about by the pandemic.

Daily NKIt is believed that he developed the mark on his head some time after July 11 because on that date he was seen at an appearance with musicians with no trace of it, according to North Korean monitoring site