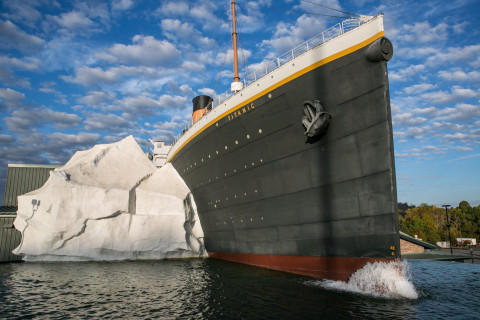 A wall of ice collapsed and hurt three visitors at a ship-shaped museum commemorating the Titanic, which sunk when it hit an iceberg more than hundred years ago.

The attraction is the largest museum in the world dedicated to the sinking of the Titanic and is built half scale to the size of the original ship. The iceberg wall, previously described as being 15-by-28 feet, was made of ice and visitors were allowed to touch it. 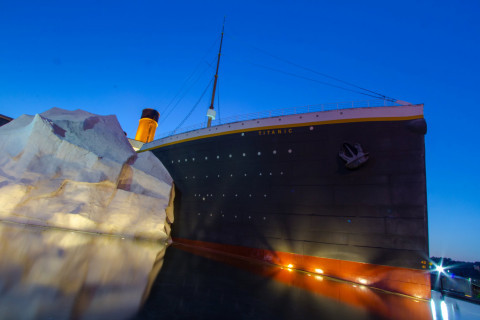 The outdoor replica of RMS Titanic holds more than 400 artifacts from the ship and items belonging to the passengers.

According to new reports, the incident happened on Monday August 2, at the Titanic Museum Attraction in Pigeon Forge, Tennessee, and the three injured guests  were transported to a hospital, according to museum owners Mary Kellogg Joslyn and John Joslyn.

‘At this time, we do not know the extent of their injuries, and our thoughts and prayers continue to be with all who were affected, including the first-responders,’ the owners wrote on social media.

‘Needless to say, we never would have expected an incident like this to occur as the safety of our guests and crew members are always top of mind.’

Pigeon Forge police investigated the incident and said in a statement that the collapse appeared to be an accident.

The Titanic struck an iceberg in the north Atlantic Ocean early in the morning on April 15, 1912 and sunk, causing about 1,500 deaths.