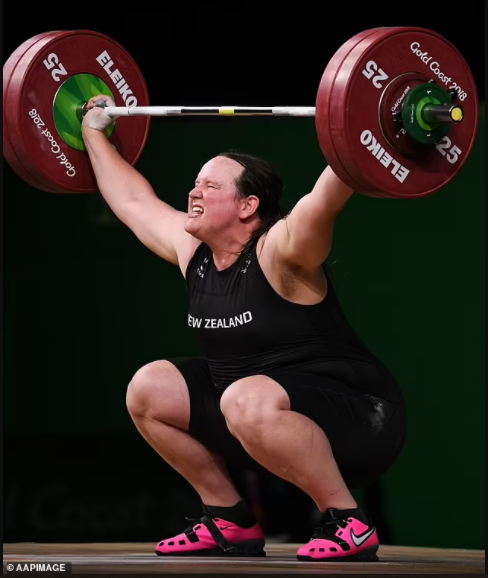 The University of Otago in New Zealand has named controversial transgender weightlifter Laurel Hubbard Sportswoman of the Year.

At the Blues awards on Tuesday, she was presented with this honor by the university in Dunedin, New Zealand’s South Island.
In the award’s 113-year history, she is the first transgender woman to win it.

When she qualified for the women’s 87+ kg weightlifting at the Tokyo Olympic Games earlier this year, Ms Hubbard, 43, made history as the first openly transgender woman to compete in a solo sport at the Olympics.

In a statement to the Otago Daily Times, Ms Hubbard expressed her gratitude for “all of the support and generosity received from the teaching staff and students at Otago University.”

‘Athletes cannot compete at the Olympic level without the support and encouragement of friends, family, and supporters.’

‘This award is for everyone who has supported me throughout my Olympic adventure.’

Ms. Hubbard, who transitioned in 2012, qualified for the Olympics when the International Olympic Committee modified its rules to allow women to compete if their testosterone levels are below a particular level.

She thanked the IOC for being inclusive in a statement made after qualifying for the Games through the IOC.

‘I see the Olympic Games as a global celebration of our goals, ideals, and values, and I want to congratulate the International Olympic Committee (IOC) for its commitment to making sport inclusive and accessible,’ she said.

Simy and Obi shine as Salernitana win their first Serie A match.

After graduation, Ekiti State University classmates who used to read together married.