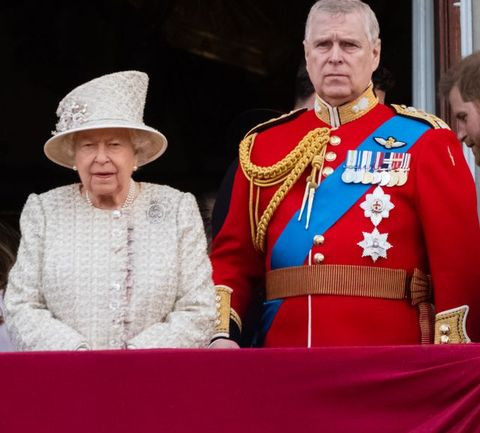 The Queen is said to be investing millions of pounds in Prince Andrew’s defense against charges of sex abuse.

Virginia Giuffre, now 38, is suing the Duke of York in New York, alleging that he sexually abused her three times when she was 17 in London, New York, and on millionaire paedophile Jeffrey Epstein’s Caribbean island.
Andrew, who is 61 years old, has categorically refuted the charges.

According to the Daily Telegraph, Her Majesty, 95, consented to pay for the duke’s legal defense last year, immediately after his disastrous interview on BBC Newsnight.

According to the newspaper, the Queen will use monies from her own Duchy of Lancaster estate.

The bill is expected to be in the millions as the civil lawsuit against Andrew drags on for months or perhaps years, with the possibility of a settlement or damages payout costing millions more on top of the entire bill.

The Duke of York stated in a 2019 interview with the BBC that he had no recollection of ever meeting Roberts, who is now a 38-year-old mother of three who lives in Australia and goes by her married name, Virginia Giuffre.

However, in a now-famous photograph shot inside Epstein’s purported madam Ghislaine Maxwell’s London mansion, Andrew can be seen smiling for the camera with his arm around Roberts’ waist, while Maxwell stands in the background.
Maxwell has stated that he is not a madam.

Lerner, who has previously represented well-known celebrities, filed an application for admission, which is a formal request to be appointed as Andrew’s attorney.

She asks an order to ‘present as counsel for Defendant Prince Andrew, Duke Of York, a/k/a Andrew Albert Christian Edward’ in a motion filed in federal court.

“My sister and I might share the same man but it can never break our bond” Crossdresser, James Brown says

Simy and Obi shine as Salernitana win their first Serie A match.