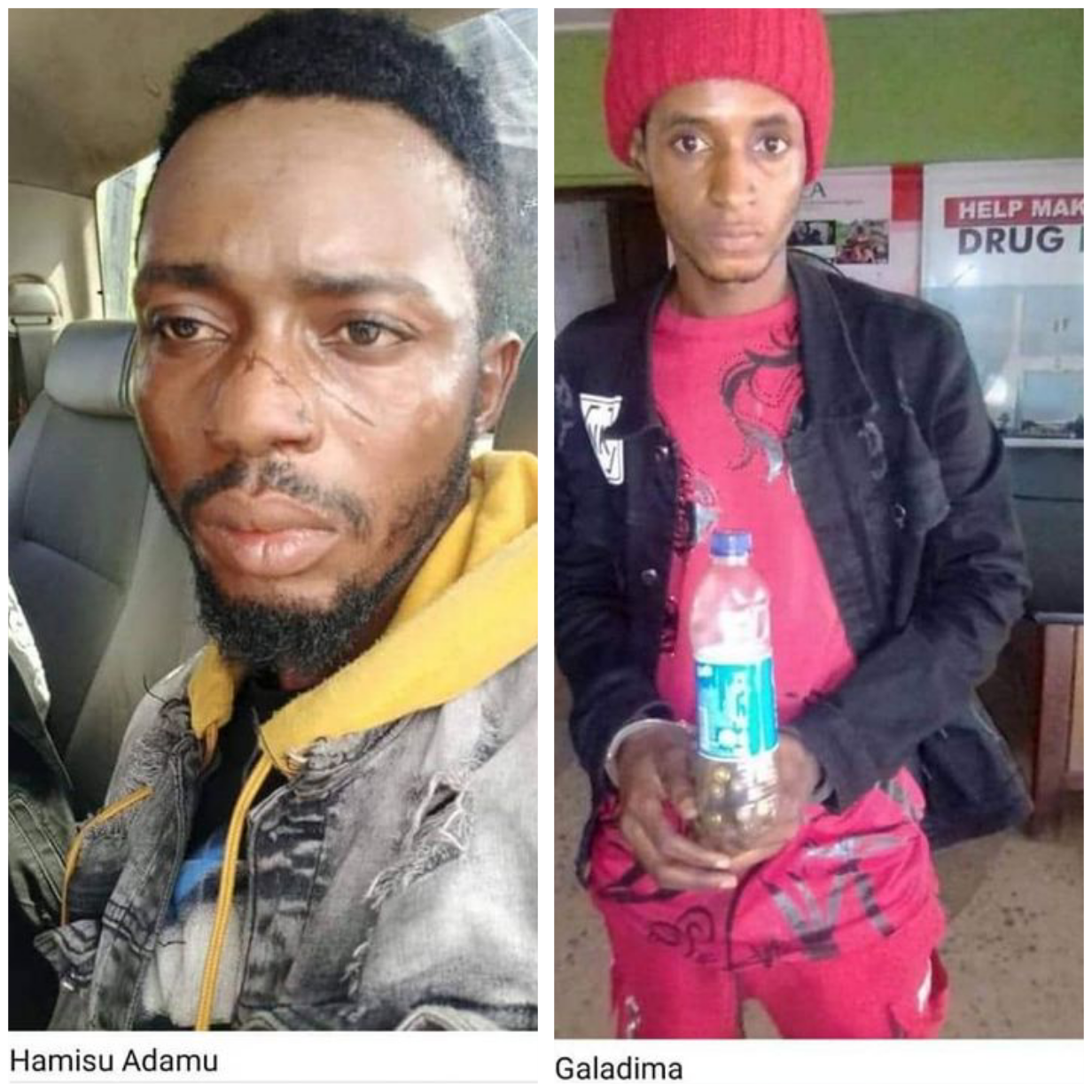 Femi Babafemi, the agency’s Director of Media and Advocacy, stated in a statement on Sunday, October 3 that the two were apprehended by a patrol team of NDLEA officers along the Gwagwalada expressway in Abuja on Friday, September 30, 2021.

Simcard packs, one iPhone 12 pro, one Samsung A31, and one Nokia phone, seven NA pass letters, five purses, and one bagco bag containing personal things, as well as a gallon of palm oil were retrieved from them.

They indicated that they were taking the exhibits to Kaduna and Kano, while Hayatu Galadima claimed to be a Lance Corporal serving in Ibadan.

The suspects may have had contact with bandits in the North West and were possibly transporting ammunition and two-way radios to bandits who are currently excommunicated due to the suspension of telecommunications services in Zamfara, Sokoto, and Kaduna states, according to preliminary investigation.

Brig. Gen. Mohamed Buba Marwa (Retd), Chairman of the NDLEA, has directed the Agency’s FCT Command, which made the arrest, to hand over the suspects to the Nigerian Army and another intelligence agency, which had previously placed the two men on its watch list for further investigation.

Mario Okiwelu, a final year Fine Arts and Design student at the University of Port Harcourt, has been arrested in Rivers state for smuggling five varieties of liquid cannabis weighing 49.6 grams from the United States. On Monday, September 27th, 2021, he and his accomplice, Precious Awuse, were apprehended by controlled delivery in the NIPOST area of Port Harcourt. 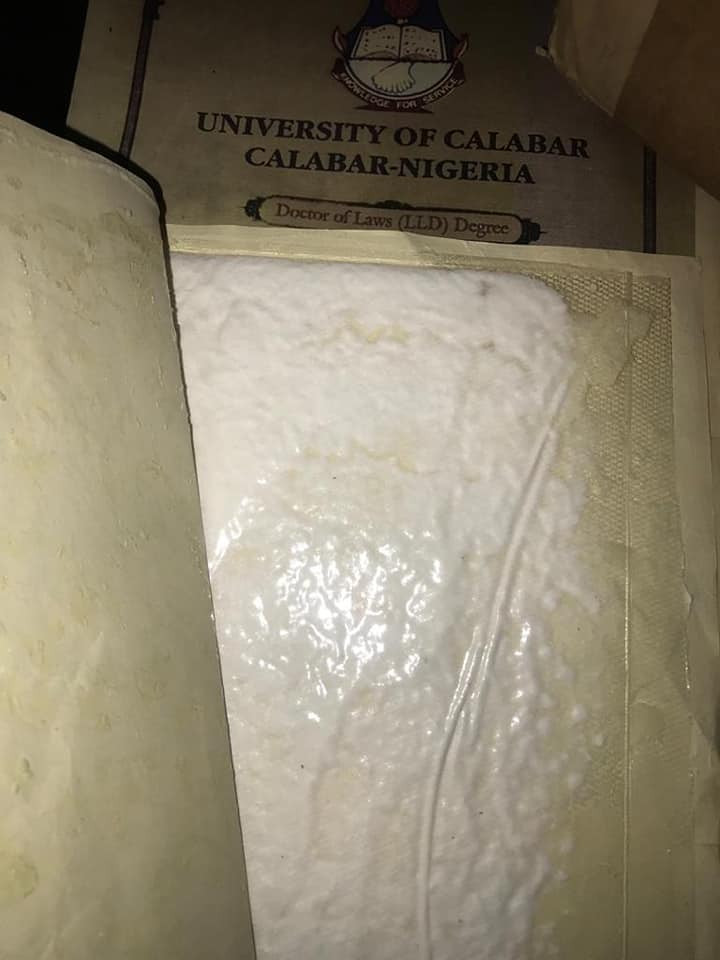 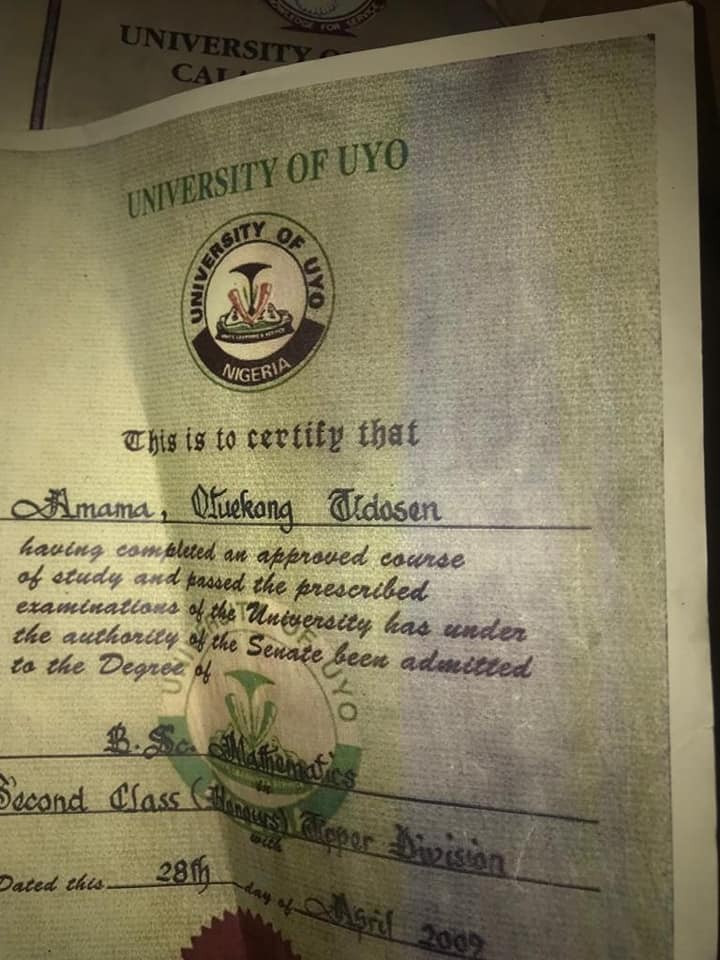 Attempts by some traffickers to import 20 cartons of khat weighing 126.900 kilograms into Nigeria through the NAHCO import shed at the Murtala Mohammed International Airport, MMIA, Lagos, were foiled, and the shipment was seized.

On the same day, Ibrahim Kale Sulyman was apprehended during cargo search operations at SAHCO export shed, and sachets of tramadol totaling 76 kilos were discovered hidden inside black soap bound for Dubai, UAE.

On Saturday, September 25th, agents in Kaduna apprehended a widow, Aliya Idris, at the home of a wanted drug dealer, Shamsu Boda, on Joji road, Tudun Wada Zaria. During an operation at Shamsu Bodas’ house, she was apprehended. 30 bottles of codeine cough syrup and 20 sachets of rophynol with gross weights of 4.2kg and 77.5 grams were discovered in her possession. 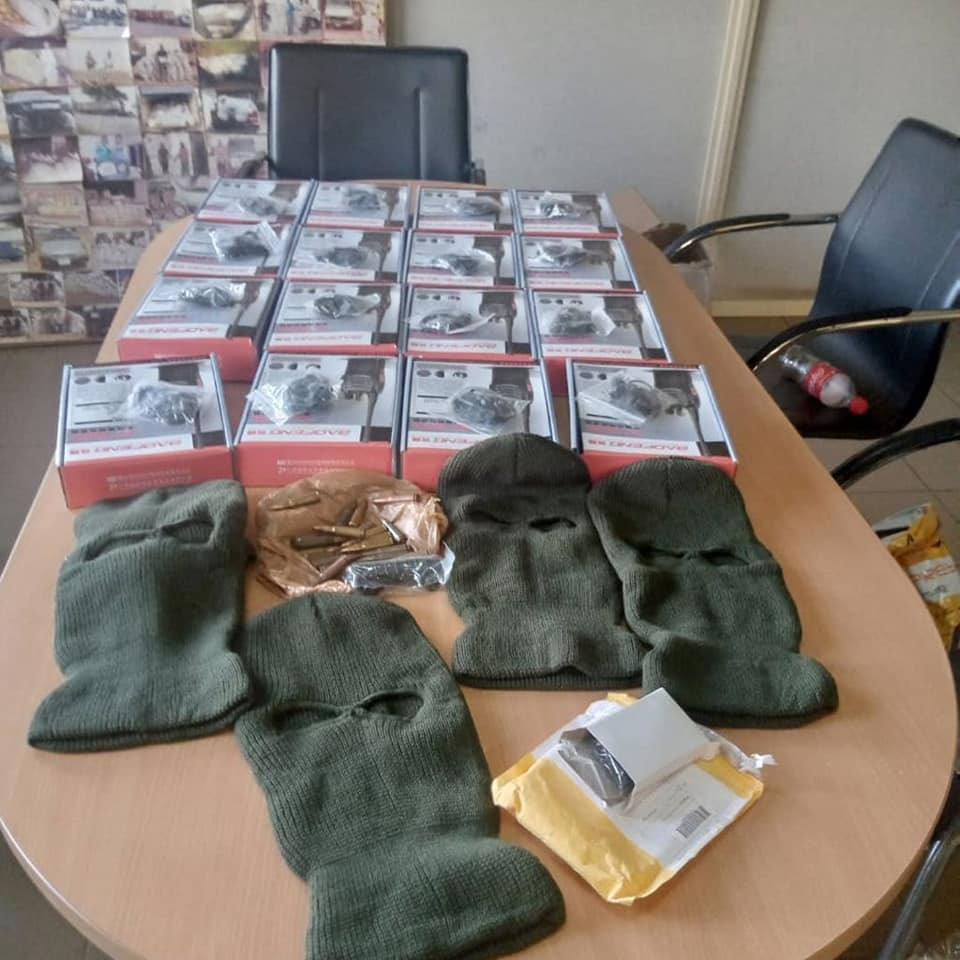 22-year-old Peter Prosper Onome, a Delta State resident, was detained with 442 grams of drugs, including 426 grams of Cannabis Sativa, 15 grams of Colorado, 6 grams of Cocaine, 4 grams of Rohypnol, and 1 gram of Methamphetamine.

Justin Clement, a resident of Michika, Adamawa State, was caught in Lekki with 500 grams of Cannabis Sativa. Officers from the Agency’s Lagos Command raided another known hideout in Petti, Lagos Island, on the same day, recovering an abandoned 1,213.2kg of Cannabis Sativa.

In his response, Gen. Marwa praised officers and soldiers from the Agency’s FCT, Rivers, DOGI, MMIA, Kaduna, and Lagos Commands for exceptional performance in their respective areas of responsibility over the last week. He charged them, as well as their colleagues in other commands, to be watchful and demonstrate the new NDLEA’s spirit and commitment. 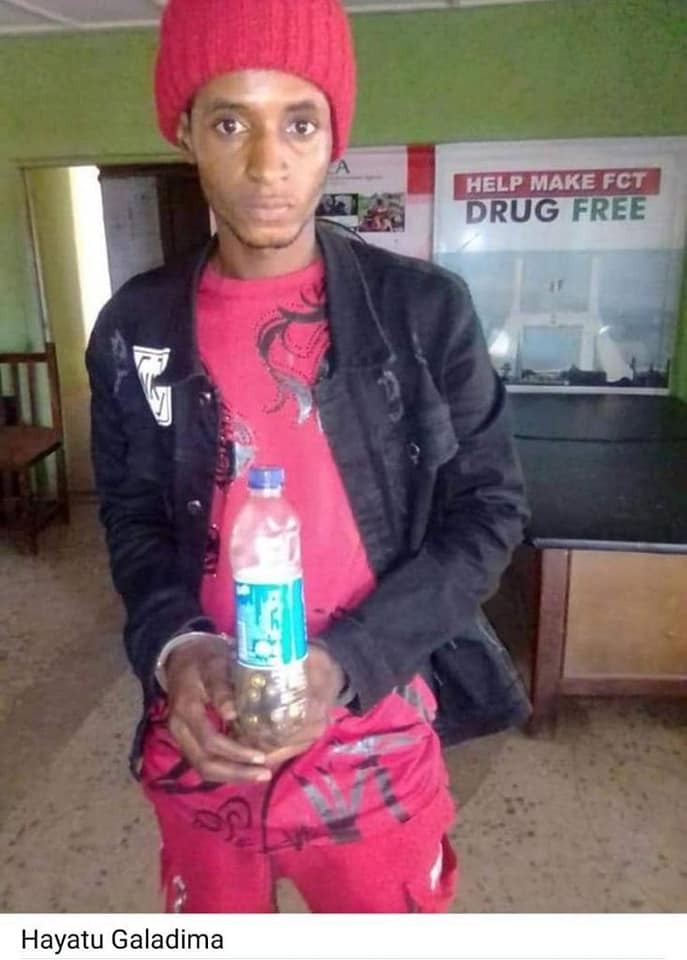 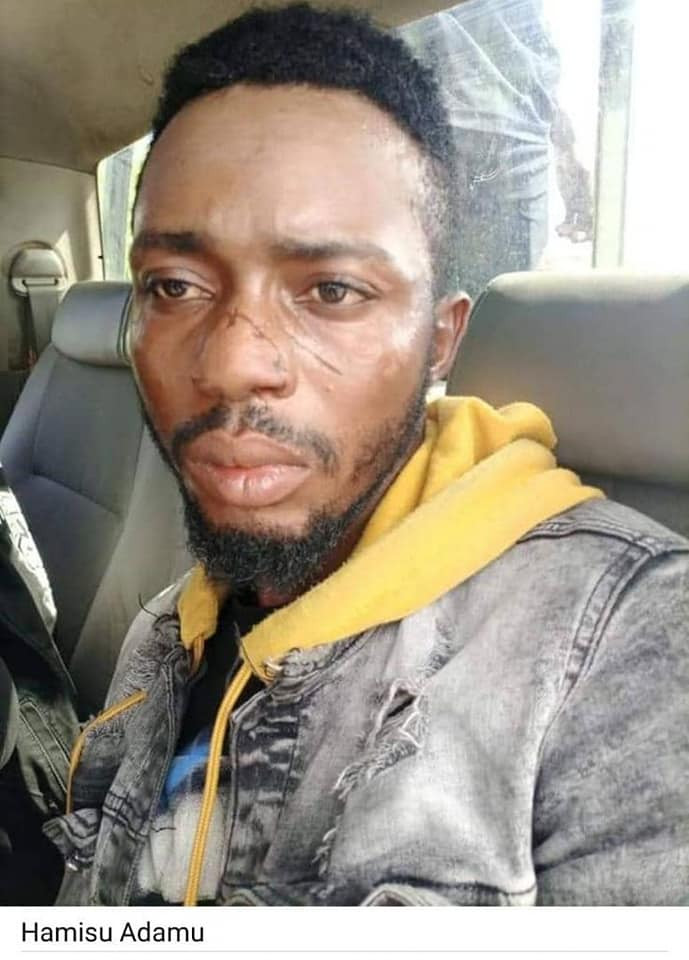 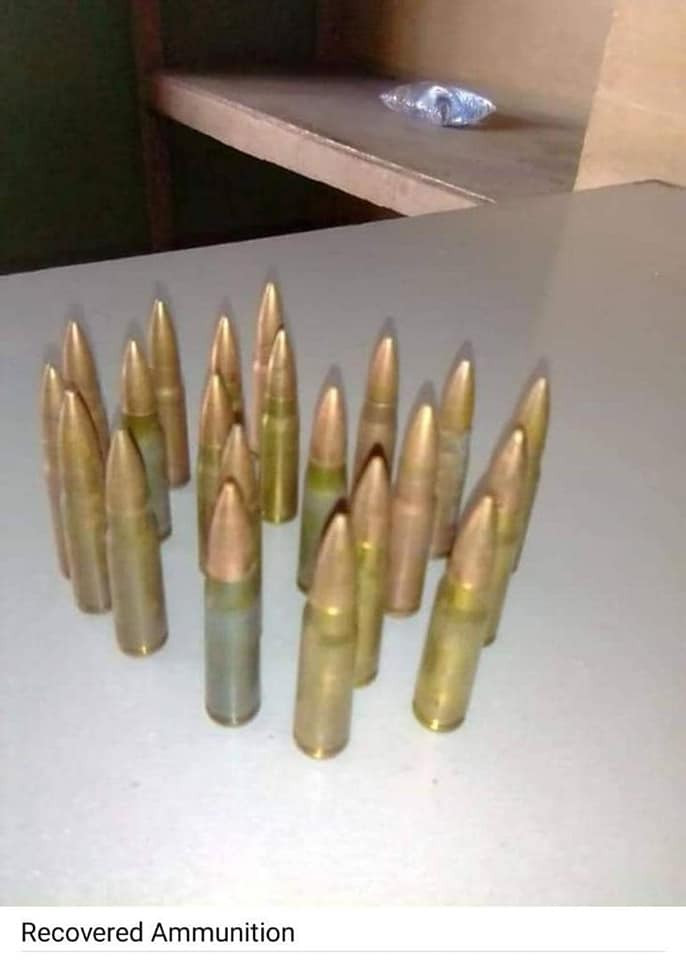 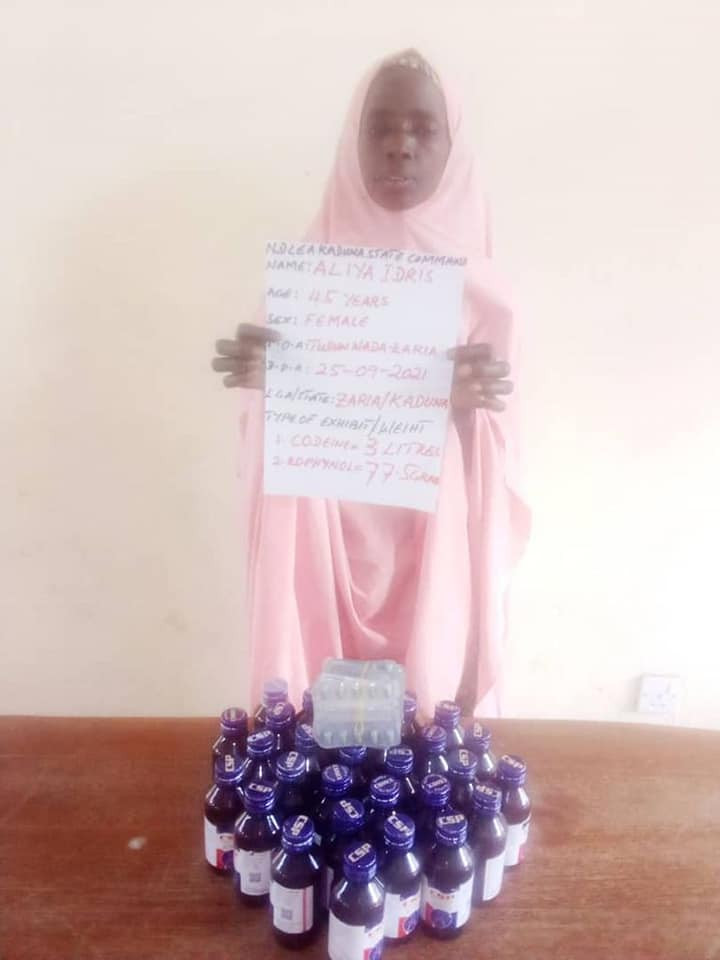 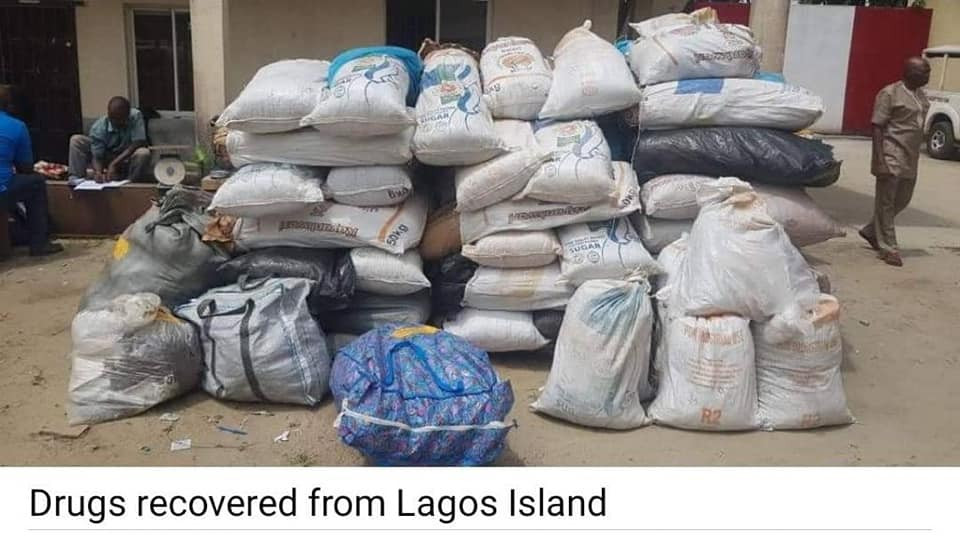 In the C/Palace against Leicester draw, Iheanacho scores in his first league start and Olise also scores.

I lost most of my buddies because of money, says rapper Yung6ix.

I lost most of my buddies because of money, says rapper Yung6ix.

The Nigerian Army refutes rumors that the Minister of Defense carries an AK47 around with him.

In Ogun, a suspect in an armed robbery was apprehended (photo)

Six attendees in Lagos were electrocuted when the church's flag pole came into contact with a high-tension wire.