Manchester United legend, Gary Neville reacts after Cristiano Ronaldo stormed off the pitch over the club’s  1 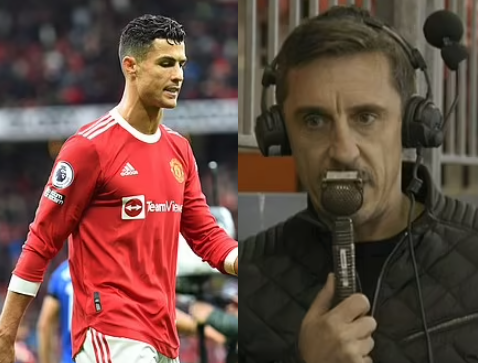 Ronaldo started Saturday’s 1-1 draw at Old Trafford among the substitutes and couldn’t inspire United to victory when introduced during the second half. At the final whistle, the Portuguese star looked visibly angry as he stormed off the pitch and headed straight to the dressing room muttering to himself and shaking his head. 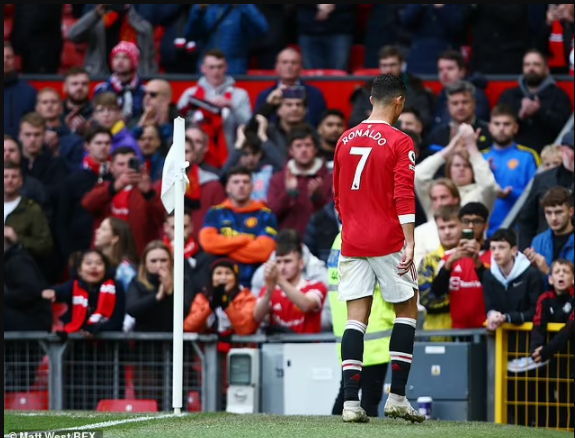 The former defender belives Ronaldo’s decision is a sign of frustration and wants manager Ole Gunnar Solskjaer to speak to Ronaldo to keep his anger behind closed doors in future.

Speaking on Sky Sports, Neville said: ‘I watched him walk off and I can’t say I like it.

‘We know those things. He doesn’t have to prove that.

‘He walked off the pitch muttering to himself, which throws the questions up in the air – what’s he saying? Who is he annoyed with?

‘It can only come back to the manager. Actions like that – and Cristiano is smart enough to know this – will bring real pressure on the manager, more pressure than Ole Gunnar Solskjaer is already under.

‘I think that is something that just has to be managed in the next couple of months. Cristiano is not always going to score, he’s maybe not going to play every single game.

‘But I think if he walks off like that, it’s going to put immense pressure on Solskjaer. There’s no doubt the talk after the game was about the manager.

While acknowledging that Ronaldo has the right to express his annoyance, Neville believes Solskjaer must handle the situation sooner rather than later.

He added: ‘I think he has to look after himself, Ole, be selfish and make sure he manages Cristiano is such a way – and he will do, he’s managed Paul Pogba for the last couple of years pretty well.

‘I think he will have a word with Cristiano and say, “look, come on, if you’re going to do that, let’s do in in the changing room”.

‘Ultimately, you doing that on the pitch brings extra pressure, he does have that reputation and I don’t think it would have helped Ole in that situation.

‘But on the other hand, Cristiano is not a sheep either, he’s not just going to follow and not show anything, he will demonstrate his dislike and lack of happiness with that situation.’

Dennis is suspended for Watford’s match against Southampton –