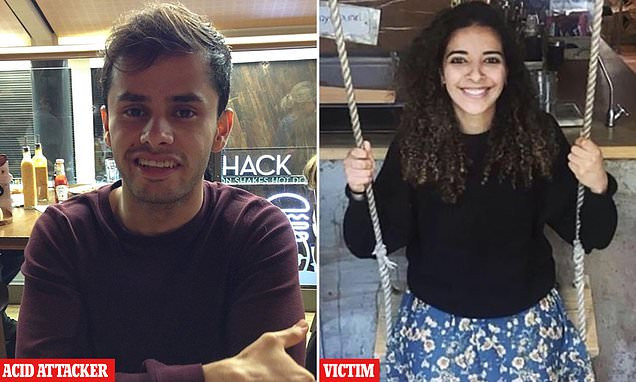 A medical student has been jailed for 15 years after subjecting his ex-girlfriend, Dr Rym Alaoui to “life-changing” injuries by hurling an acid on her.

25-year-old Milad Rouf had disturbingly disguised himself as a large black woman before carrying out the chilling premeditated attack at 25-year-old Alaouí’s doorstep in Brighton.

The former couple had both studied medicine and struck up a brief relationship, which Dr Alaoui ended before moving to the East Sussex city where she began working as a junior doctor. 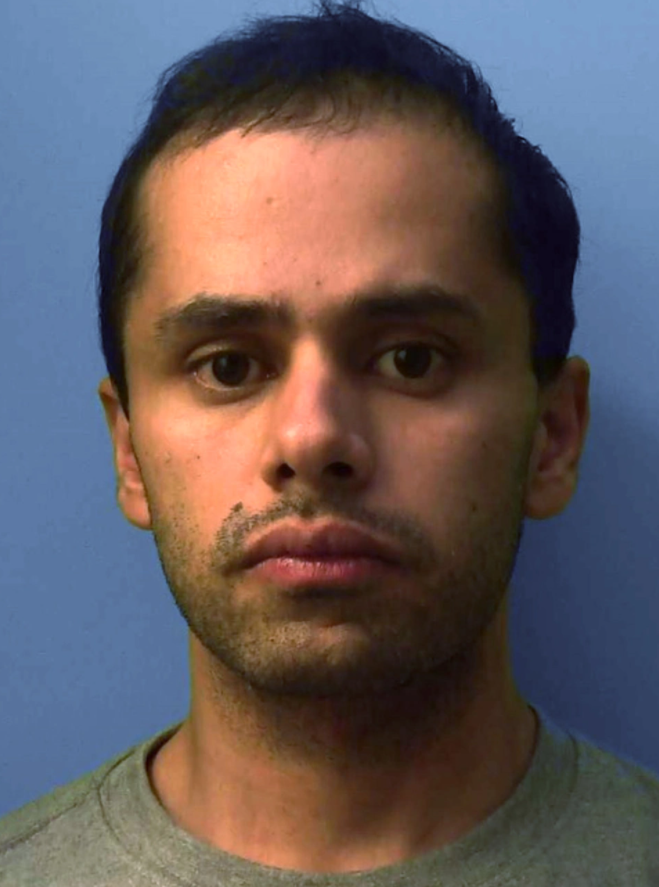 Rouf who didn’t the take the breakup easily, began planning his revenge attack over the next few weeks, compiling a “meticulous” list of the material and clothing he would need. He used padding and wore make up, sunglasses and a mask before knocking on his ex-girlfriend’s door at around 4.15pm.

Rouf handed the unsuspecting junior doctor a note which read: “Tell that piece of sh*t Max he’s next if he doesn’t pay VR by the end of six weeks.” He signed it: “BLM 3214.” 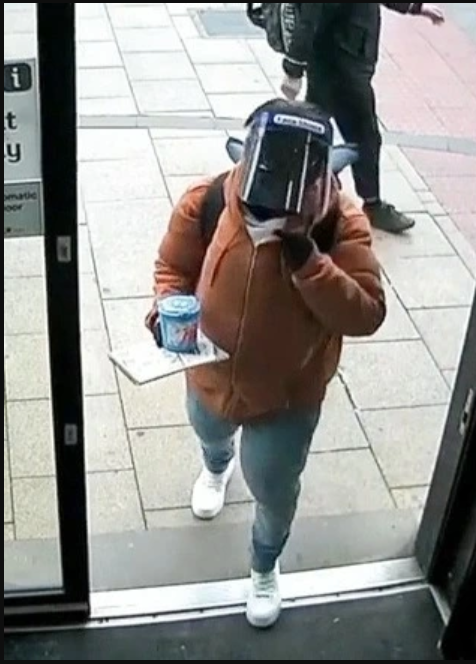 As Dr Alaoui bent her head down to read the note, Rouf hurled sulphuric acid in her face and ran off. Neighbours recalled hearing “really bad screams” as Dr Alaoui rushed to the bathroom and, with the help of her friends, attempted to wash the acid off.

Rouf then dumped his disguise in bins across the city before buying new clothes in Primark and fleeing to his home in Wales.

“Using padded clothing and make-up, he made himself appear to be a black woman of large build.

“By the time of the attack at 4.15pm, he was dressed all in black and he was wearing a face mask, sunglasses and a face visor.”

Tests later conducted on the bottle found the sulphuric acid was at least 60% strength. The substance was so concentrated it scorched the paintwork off her front door.

Pictures released by police show handwritten shopping lists for different costumes found at his flat. They include items such as “fat suit (bottom + top)”, “black morph suit” and “wig”. 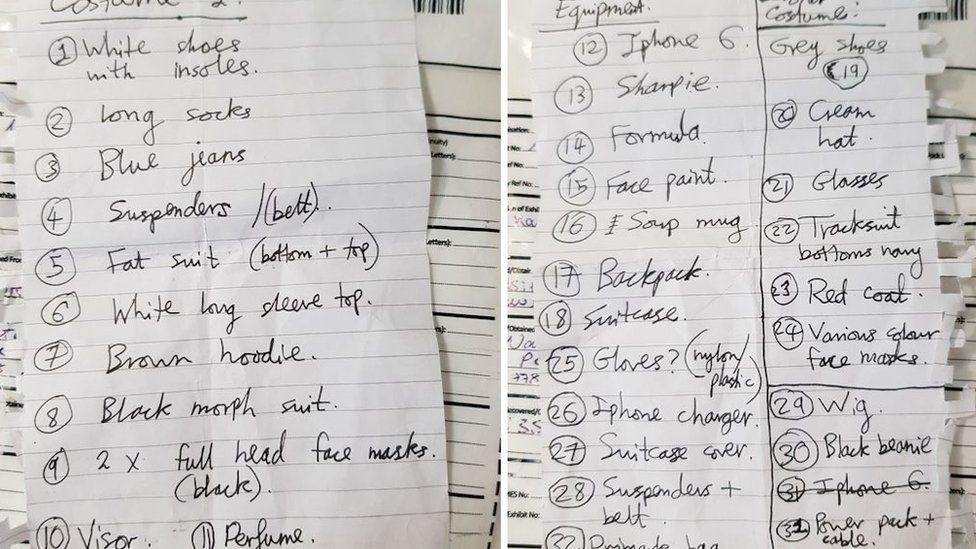 After Rouf was arrested, he initially denied the offence, claiming he had attended a party the night before and then spent the day in London. The court also heard that Rouf had been suffering from depression after the death of his mother from cancer in March, but the judge dismissed his grief as an explanation for his actions.

Dr Alaoui has gone through five major operations since the attack. She is still unable to see in one eye and has been left with damage to her eyelid and the skin of her face, chest, neck and arm.

In her victim statement to the court, Dr Alaoui said she lives “in constant physical and psychological pain” and that she fears for her “future wellbeing and socio-economic hardship”.

“Since the day I was subject to this horrific attack, my life has changed tremendously, whereby I live in constant physical and psychological pain, fear of my future wellbeing and socioeconomic hardship.

“I have been robbed of years of my career and young adult life. I cannot begin to imagine how or why someone could commit such a horrible, premeditated attack.”

Dr Alaoui was a popular F1 doctor at the Royal Sussex County Hospital, who had a sparkling educational career. She had studied at Cardiff University, with a particular interest in anaesthetics and neurology, and became a top-class student as well as the president of the Anaesthetics Society. 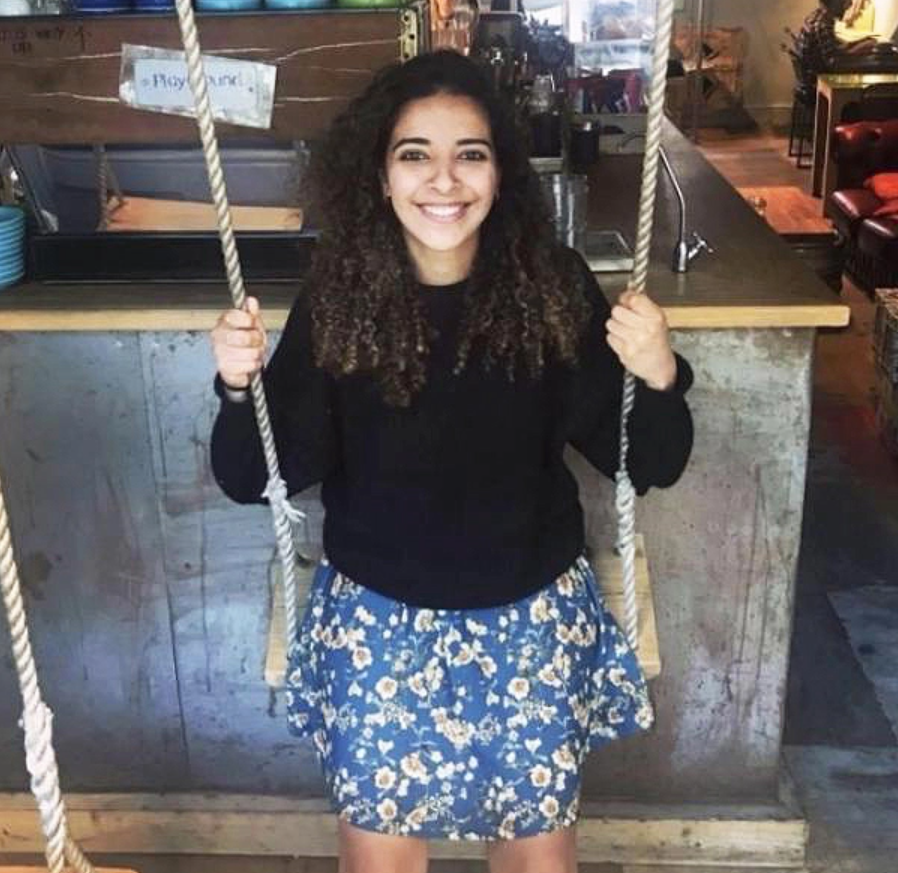 She had met Rouf and worked with him on website he created in 2016 to exchange research papers and medical news.

“You bought sulphuric acid, as a trainee doctor you would know far better than most people the devastating consequences that has when applied to the human body.”

Judge Laing said Rouf acted out of “simple jealousy and anger at being rejected”. She said in order to protect the public, Rouf would receive an extended sentence with 11 years in custody and four years on licence upon his release.

“I’m pleased to see the severity of the offence reflected in the sentence handed out by the court today.

“I hope seeing justice served brings some peace and closure to the victim, who will have to live with the pain and trauma of Rouf’s crime for the rest of her life, and also to her family, who have supported her throughout this difficult time.”