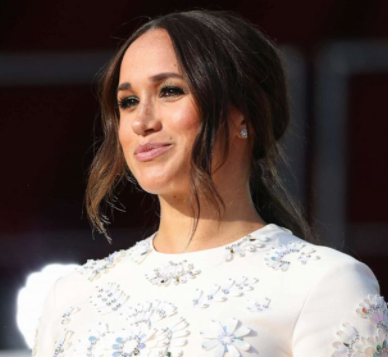 Meghan Markle wrote an open letter to Congress in support of paid family leave in the United States.

The letter was posted on the Paid Leave For All website.

The duchess of Sussex reflects on her own upbringing, how hard her family fought to provide for her as she grew up, and how the pandemic has forced millions of women out of work in the letter.

“I’m not an elected official, and I’m not a politician,” she wrote. Like many others, I am an active citizen and a parent. And it’s because you and your congressional colleagues play such a crucial role in molding family outcomes for future generations that I’m writing to you now, as a mom, to push for paid leave.

“The pandemic has uncovered long-standing fault lines in our communities over the last 20 months.” Millions of women dropped out of the workforce at an alarming rate, remaining at home with their children when schools and daycares closed and caring for loved ones full-time.

“A working mom or parent must choose between being there and being paid. It costs a lot of money to give up either.”

In the letter, Markle admitted that she and her family do not suffer the same obstacles as other families when it comes to raising children.

“We were ecstatic, as any parent would be. We were overwhelmed, as were many other parents “Markle wrote of the day she brought her newborn daughter home. “We weren’t faced with the painful reality of either spending those first few crucial months with our newborn or returning to work, like so few other parents. We knew we could take her home and devote our entire lives to our children and family at that crucial (and sacred) period. We knew that if we did so, we wouldn’t have to face the same difficult decisions regarding daycare, job, and medical care that so many others do every day.”

Unlike the United States, most countries already have paid leave rules in place for all employees, according to Markle.

She expressed herself as follows: “Many other countries have extensive programs that allow both biological and adoptive parents to spend months at home with their children. In contrast, no one in the United States is guaranteed a single day of paid leave by the federal government. And just about one out of every four workers has access to paid family leave through their employer. I’m sure you agree that we can’t be the exception if we want to keep being extraordinary.”

Markle concluded her letter by urging the country to prioritize families over politics and not lose sight of what matters.

“So, on behalf of my family, Archie, Lili, and Harry, I thank you for taking the time to consider this letter, and on behalf of all families, I beg you to guarantee that this momentous occasion is not lost,” Markle wrote.

Saka’s Injury Has Been Updated By Arteta

‘He Is A Force Of Nature,’ says ex-Napoli star Bonomi, who is awestruck by Osimhen’s abilities.

'He Is A Force Of Nature,' says ex-Napoli star Bonomi, who is awestruck by Osimhen's abilities.

In Abia, alleged IPOB members were shot and killed.

The Eagles have dropped two spots in the latest FIFA rankings.

IPOB isn’t as awful as bandits; their arguments are ideologically sound.