Prosecutors in Karim Benzema’s sex-tape blackmail trial have recommended a 10-month suspended sentence and a €75,000 fine for the Real Madrid striker on Friday. 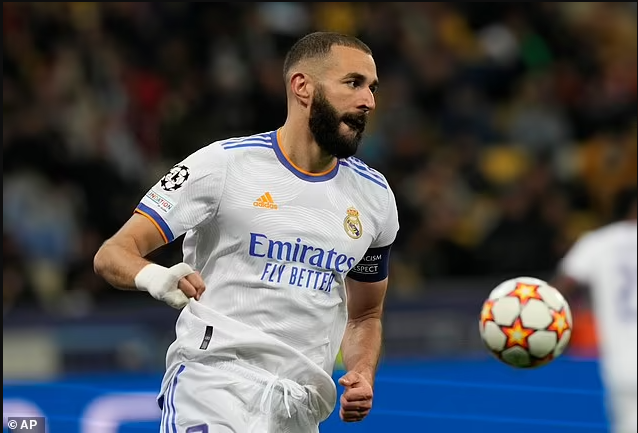 Prosecutors in Karim Benzema’s trial have requested a 10-month suspended sentence and a €75,000 (£63,194) fine for the Real Madrid player’s alleged attempt to blackmail former France teammate Mathieu Valbuena with his sex tape.

On Friday, October 22nd, the jury is anticipated to reach a decision.

On the second day of Benzema’s trial, he was labeled as ‘cavalier’ after failing to appear.

On the first day of the trial, the Real Madrid striker’s legal team told the court in Versailles that professional duties made it ‘impossible’ for him to attend. 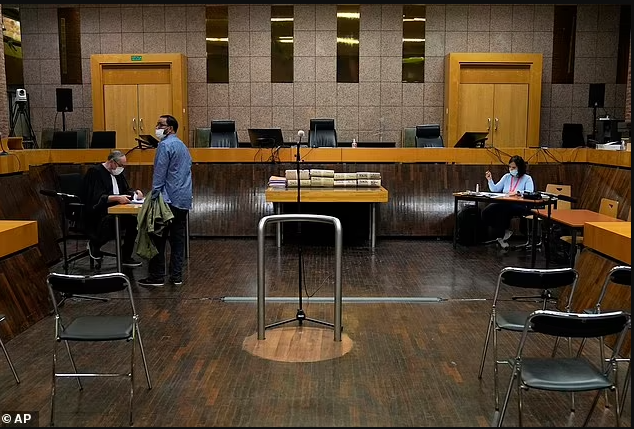 Benzema had just returned from a Champions League match in Ukraine the night before the first day of the trial, and is currently preparing for Sunday’s El Clasico match against Barcelona in LaLiga, one of the most important games in world football.

The 33-year-old allegedly persuaded Valbuena to pay a gang of accused blackmailers in order to keep the sexually graphic footage out of the public light, according to investigators.

Prosecutors claim Valbuena received a first call in early June 2015, while at the French squad’s training center in Clairefontaine, west of Paris, threatening to disclose the sex film. 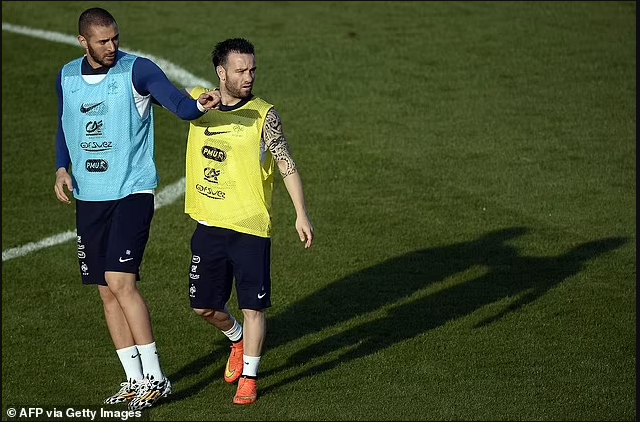 The caller asked Valbuena to name an intermediary and stated he wanted to ‘come to an arrangement’ with him.

Prosecutors claim that the alleged blackmailers hired Benzema to persuade his teammate to pay up.

Benzema has denied any wrongdoing, and his attorney has called the case against him “absurd.”

The Tribunal’s President was enraged by Benzema’s absence from the trial and its possible impact on the case.

‘I find it cavalier that he is not here and that we do not have many resources offered to us on this portion of the trial,’ he remarked on Thursday morning.

Valbuena will also miss the afternoon session on Thursday since he will be playing for Olympiacos in the Europa League, Europe’s secondary club championship, in Frankfurt, Germany.

According to RMC, a judgement in the trial might come as early as Friday, with Benzema facing up to five years in prison and a £63,000 (€75,000) fine if found guilty.

‘This affair has had a big influence on both sides from day one,’ he remarked, according to Marca.

Leaks in the press provided judicial information. Valbuena and Benzema learnt of Benzema’s participation from the press rather than from him. It has ramifications.

‘Beyond that, Benzema has always remembered his complete innocence in this case.’ He is not personally involved in the discussions with the other defendants.

‘His voice is easy to carry: he interrupted Mr. Valbuena in the middle of a single conversation to offer, if he so desired, free and without consideration, to try to prevent the sex tape from being released.’

Benzema is accused of aiding and abetting an attempt at blackmail. Attempted blackmail charges have been filed against his four co-accused.

After the Alec Baldwin tragedy, the family of Hollywood star Brandon Lee, who died while filming The Crow in 1993, said "no one should ever be killed by a pistol on a film set."

Flamboyant Zimbabwean pastor, Prophet Uebert Angel reveals his wife started all the 257 branches of their church

Royal physicians have instructed Queen Elizabeth, 95, to stop drinking in order to’make sure she’s as fit and healthy as possible.’