Journalists protest at Abuja police headquarters over the disappearance of a colleague, Tordue Salem. 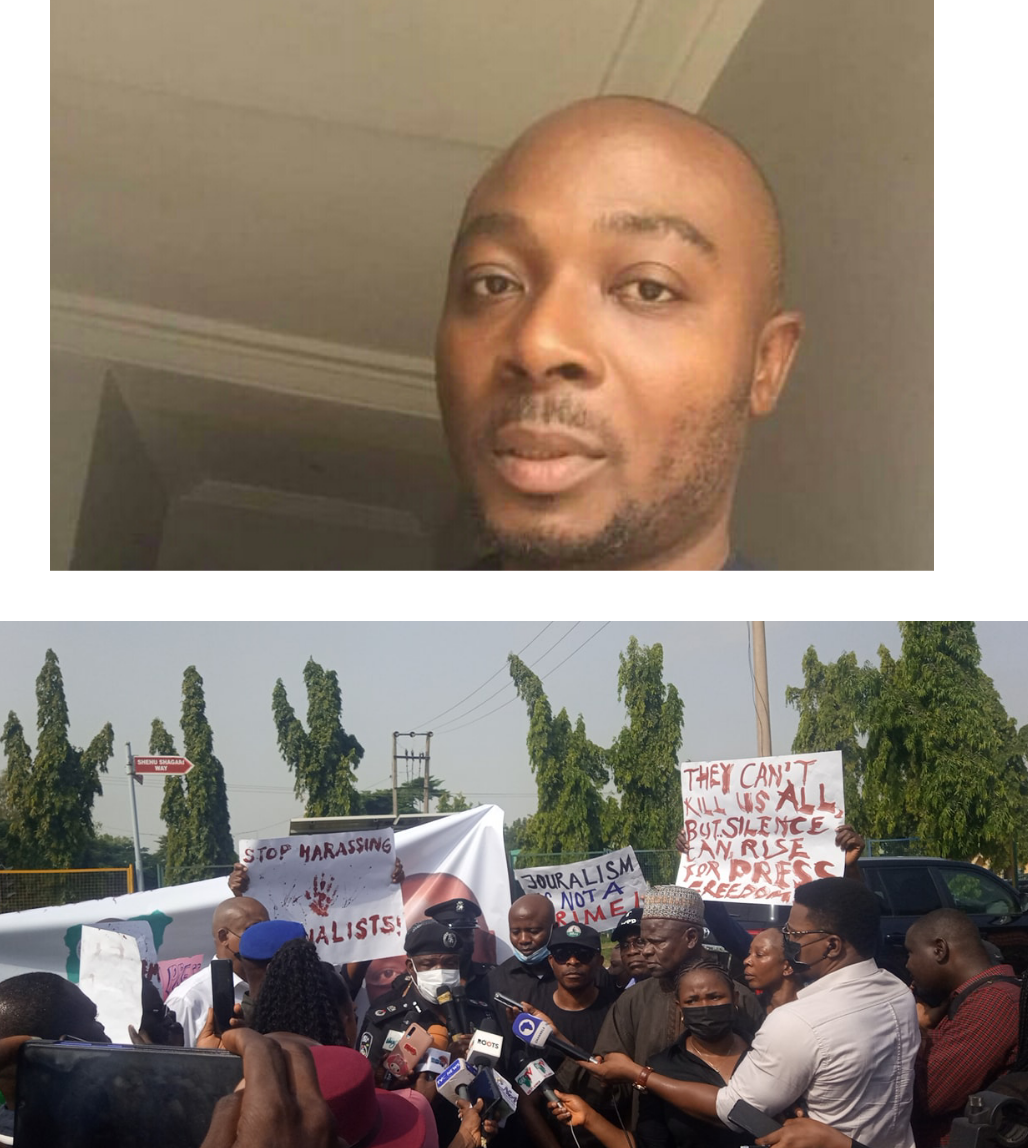 The Nigerian Union of Journalists (NUJ) stormed the Nigeria Police Force’s headquarters in Abuja on Monday, October 25, in protest of the disappearance of Vanguard reporter Tordue Henry Salem.

According to LIB, the journalist from Benue State, who works for the House of Representatives, went to a garden near the police headquarters in Garki, FCT, on October 13 at 8 p.m. and has been missing since. 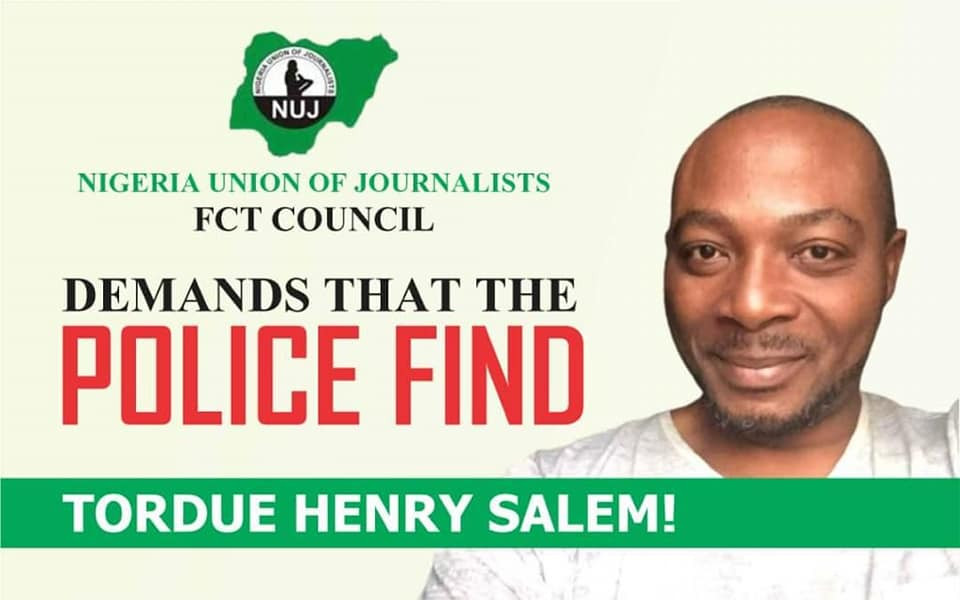 Emmanuel Ogbeche, the Chairman of the Nigerian Union of Journalists, FCT branch, had already raised the alarm about Salem’s inexplicable disappearance in front of the police headquarters.

“It’s absurd that he went missing in front of the force headquarters and has yet to be recovered, regardless of whether he was abducted or not. We’re still certain that this isn’t a kidnapping. In this sense, security authorities have a lot of answers to give.” According to Ogbeche.

Members of the NUJ, led by the chairman, stormed the Louis Edet House in protest twelve days after Salem vanished. 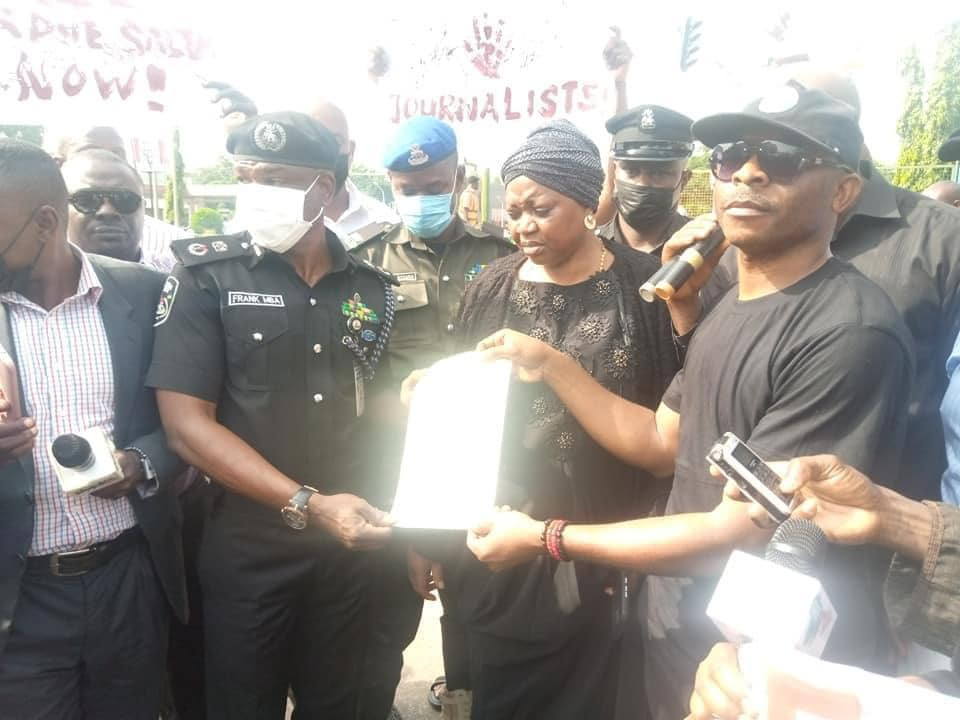 The strange disappearance of our colleague and friend, Mr Tordue Salem, has kept all of us journalists in Abuja on edge these past few days.’ The union’s chairman, Ogbeche, and secretary, Ochiaka Ugwu, signed a statement.

“It’s disturbing to think that an adult may suddenly vanish without a trace. This is unacceptable, and we call on the police and DSS to step up and provide answers to this distressing situation “Added he.

Addressing the protesting media, Force Public Relations Officer Frank Mba expressed his condolences to Salem’s family and informed them that efforts to locate him are underway, noting that the situation has piqued the interest of the Inspector General of Police (IGP), Usman Baba Alkali.

He praised the NUJ for their efforts in tracking down their missing colleagues, stressing that all hands are on deck to bring Salem home safely. 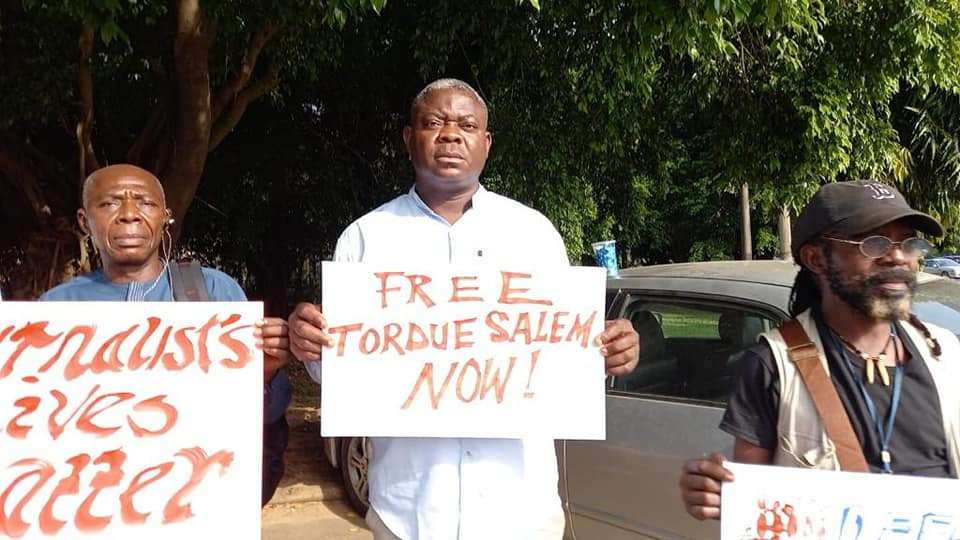 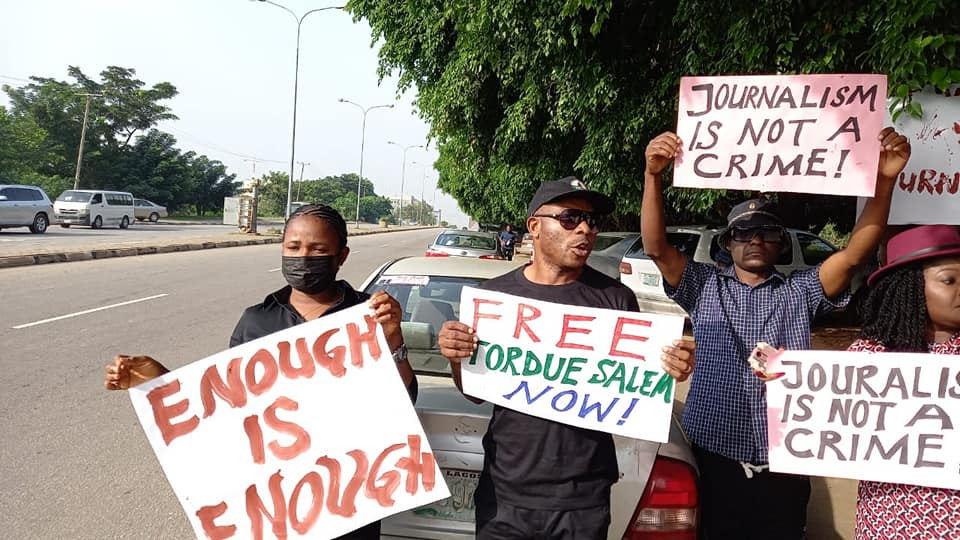 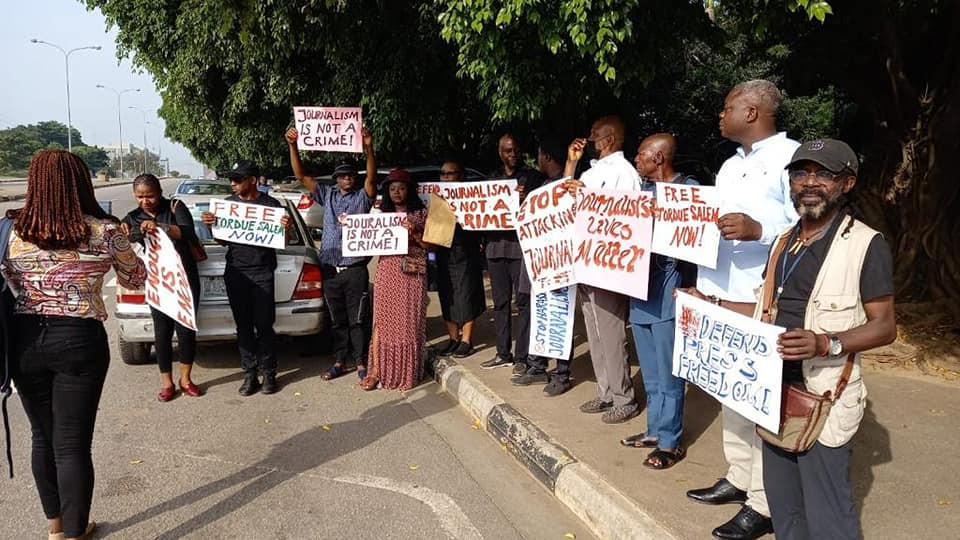 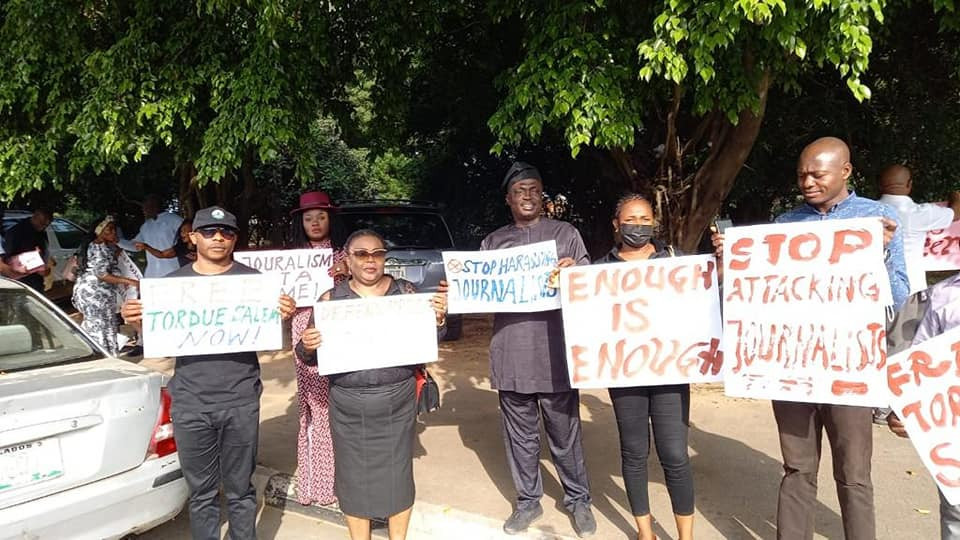 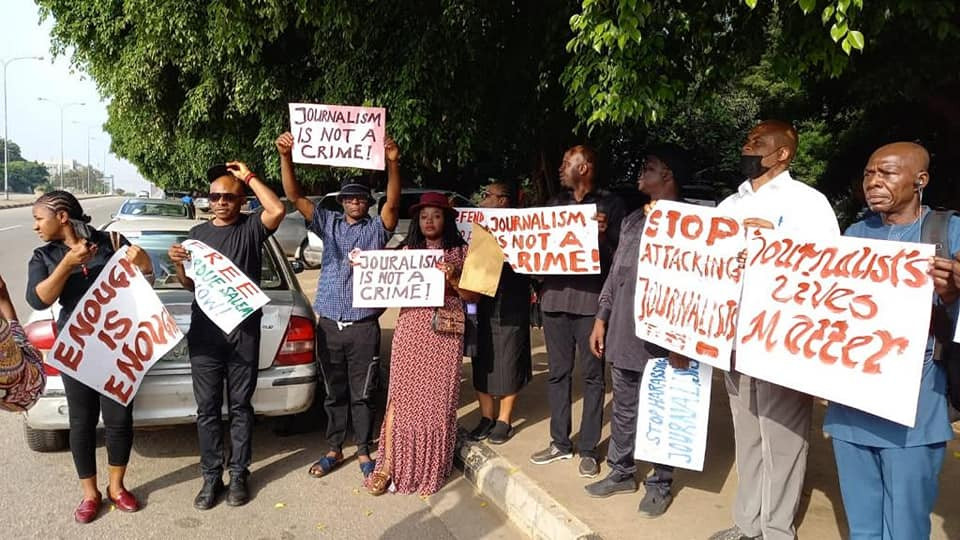 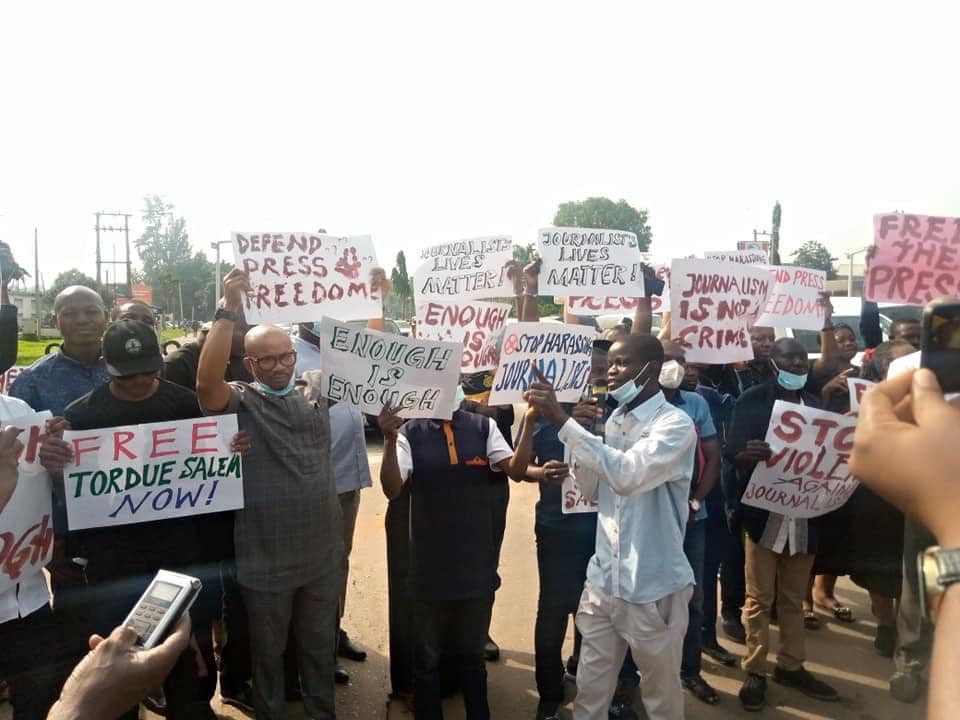 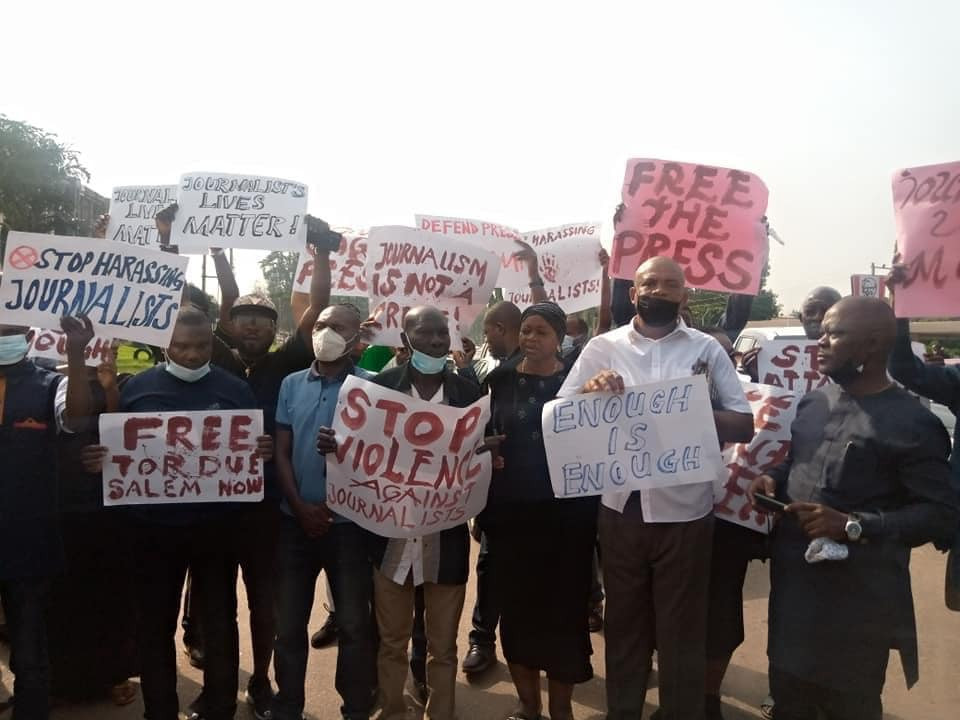 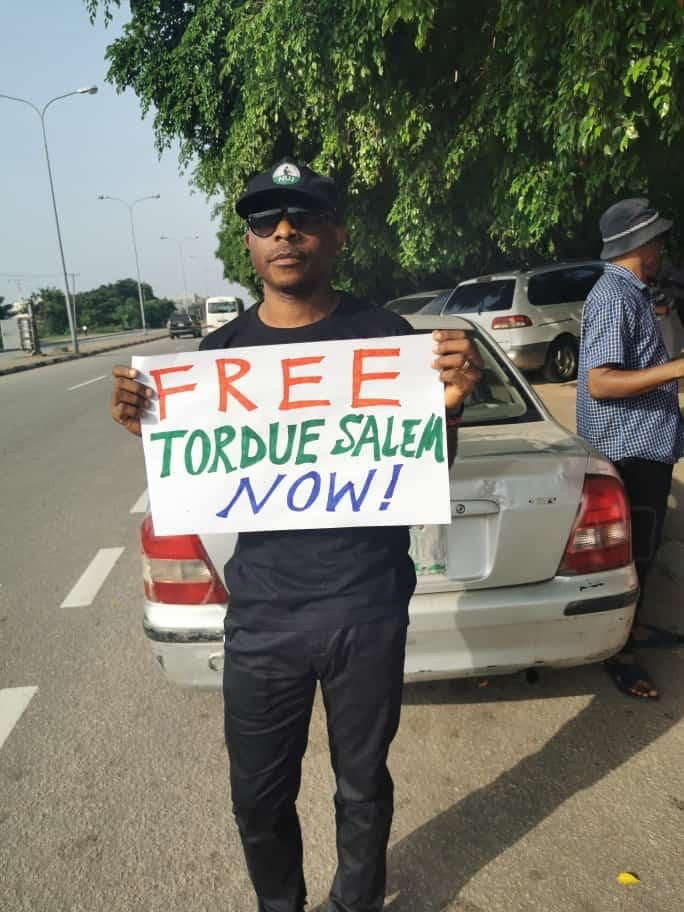 I’d rather retire than be a Barca reserve player. -Pique

I'd rather retire than be a Barca reserve player. -Pique

Balogun, Aribo, and Bassey are expected to arrive late for the AFCON, according to the Rangers.

Rev Fr. Mbaka is given N30 million, 200 yams, and 100 sacks of food by Dave Umahi, who tells the preacher to quit criticizing Buhari.