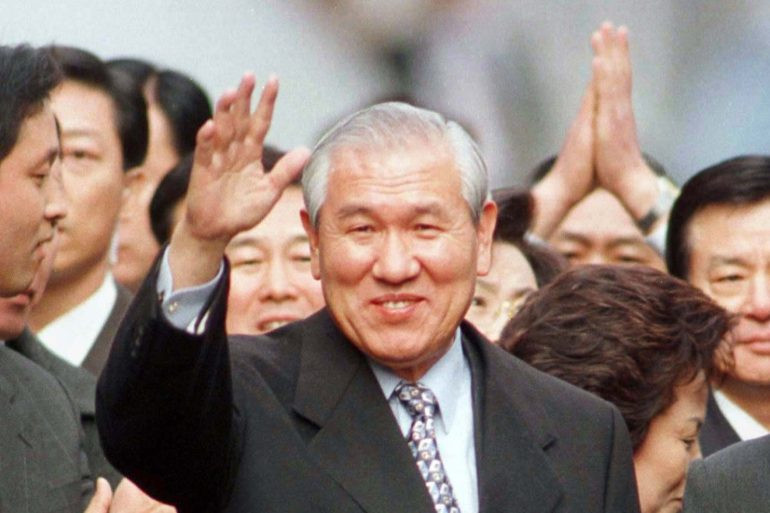 Former South Korean President Roh Tae-woo, a decorated war veteran who played a key but divisive role in the country’s transition from authoritarian rule to democratic elections, has died, according to a Seoul hospital.

Roh, who served as president of South Korea from 1988 to 1993, died of complications from numerous ailments after his condition deteriorated while battling a degenerative disorder, according to Kim Yon-su, director of Seoul National University Hospital.

After their mentor, dictator Park Chung-hee, was assassinated after 18 years in power, Roh was a key participant in the December 1979 military coup that installed his army friend and coup leader Chun Doo-hwan as president.

Roh led his army division into Seoul, where he joined other military leaders in seizing the capital. The military, led by Chun and other coup leaders, unleashed a deadly assault on pro-democracy protesters in the southern city of Gwangju the next year, murdering approximately 200 people in one of South Korea’s worst periods in modern history.

Roh was Chun’s hand-picked successor, and his election to the presidency would have been a cakewalk. However, in 1987, a major pro-democracy uprising drove Roh and Chun to accept a direct presidential election, which was widely recognized as the commencement of South Korea’s democratic transition.

Despite his military background, Roh maintained a moderate and pleasant demeanor during the campaign, referring to himself as a “ordinary person.” He eventually won the fiercely contested election in December 1987, owing to a liberal vote split between opposition candidates Kim Young-sam and Kim Dae-jung, both of whom went on to become presidents.

During his five-year reign, Roh used his “Northward Diplomacy” to actively pursue ties with communist countries as communism crumbled in Eastern Europe and the Soviet Union disintegrated.

Because of its rivalry with North Korea, South Korea was deeply anti-communist at the time, but under Roh, it established diplomatic relations with a communist country for the first time — Hungary — in 1989, the year the Berlin Wall fell and communism crumbled across Eastern Europe.

In 1990, Roh’s government established diplomatic relations with the Soviet Union, and in 1992, with China. Under Roh, relations with North Korea improved, with the two countries holding their first-ever prime ministers’ discussions, adopting a landmark joint statement on denuclearization of the Korean Peninsula, and simultaneously joining the UN.

Previously, Roh led the 1988 Summer Olympics in Seoul, the final Cold War Olympics that demonstrated how South Korea had rebuilt itself from the ashes of the 1950-53 Korean War. The 1988 Olympics were boycotted by North Korea.

CSKA:’How Many Opponents Does  Need to Stop Ejuke?’

The CAF has increased the number of players in each team’s squad from 23 to 28.

The CAF has increased the number of players in each team's squad from 23 to 28.

Some of the attendees slain in the mosque attack in Niger state have been photographed.

The Note 11 Series from Infinix Mobile is unveiled.

In Kaduna, a mob lynches a man, his wife, and his son, accusing them of being bandit informants.