We can’t invest in humanity unless our countries are free of the crippling impacts of debt. 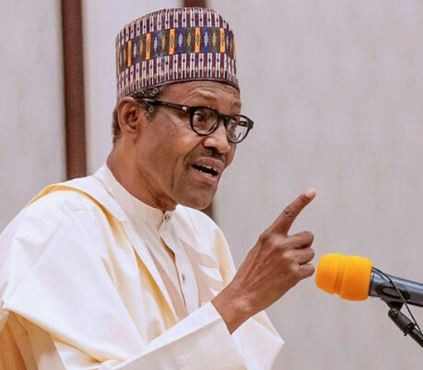 President Muhammadu Buhari has stated that developing countries cannot invest in humanity unless they are free of the crippling impacts of debt.

On Tuesday, October 26, the Nigerian leader declared this at the 5th edition of the Future Investment Summit in Riyard, Saudi Arabia.

According to Buhari, developing countries are devoting an increasing amount of resources to servicing and repaying external debt at the expense of health, education, and other services that contribute to the population’s overall well-being.

“These countries are progressively allocating resources to foreign debt management and repayment at the expense of health, education, and other services that contribute to their population’s overall well-being.

“Nigeria now has a population of over 200 million people. Seventy percent are under the age of 35. When we first took office in 2015, we quickly realized that having inclusive and humanitarian policies is critical to our country’s long-term peace and stability.”

Buhari also detailed some of the policies implemented by his administration to better the lives of Nigerians.

“We implemented policies that favored agricultural and food processing investments. Through the Anchor Borrowers Program, we provided financing and technical assistance to small-scale farmers.

“As a result, Nigeria now boasts more than 40 rice mills, compared to less than ten in 2014.” In addition, Nigeria now has over 46 active fertiliser blending plants, up from less than 5 in 2014.

“In addition, we have altered the procedure of procuring inputs such as fertilizer and seeds in agriculture.”

“We have several million hectares of arable land available and are establishing Special Agriculture Processing Zones around the country. We believe that these steps will make it easier for agricultural investors.

“I signed the Petroleum Industry Act two months ago. The Act will act as a catalyst for the liberalization of our petroleum industry. It has implemented a number of incentives, including tax breaks, 100 percent ownership, zero-interest loans, and simple fund transfers.

“We also have a strong domestic market and a highly skilled in-country workforce.”

Bailly, a Manchester United player, is said to have confronted Solskjaer.

Bailly, a Manchester United player, is said to have confronted Solskjaer.

They wanted to kill me when you were in my stomach, and they still want to kill you now that you're here.

After the Taliban took control of Afghanistan, desperate parents sold their kids to raise money to feed their other children.