The “Man at 50 Anniversary” event, sponsored by GAC Motors, comes to a close with a memorable award and dinner ceremony. 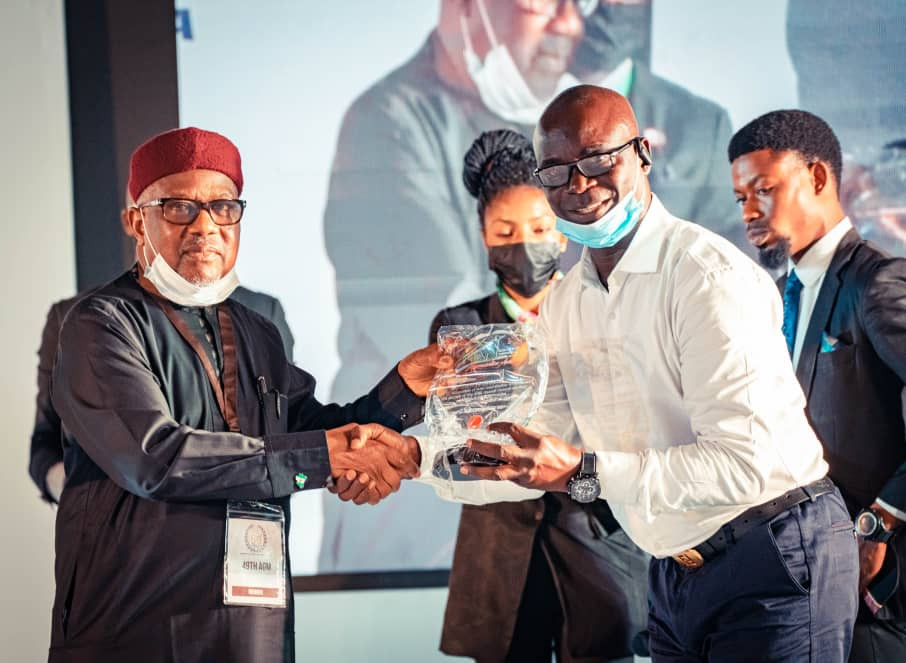 The Manufacturers Association of Nigeria’s (MAN) third anniversary was marked by a night of celebration and discussion on the future of industrialization in Africa’s most populous country, Nigeria. The International Conference Centre, Abuja, greeted guests with an electrifying atmosphere as they arrived for an evening of awards honoring the organization’s leadership and membership for a job well done. 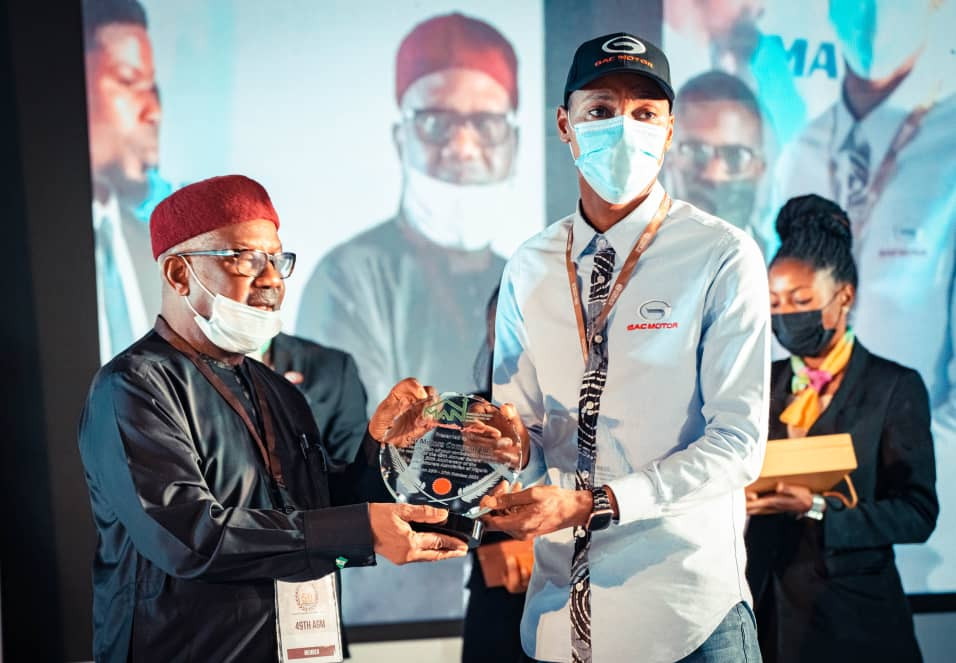 Guangzhou Vehicle Company (GAC Motor), in keeping with its reputation as a reputable worldwide automobile brand, has once again contributed to making the Manufacturers’ Association of Nigeria (MAN) celebrate its 50th anniversary in style. By exhibiting how the GAC GN8 automobile is indicative of Nigeria’s future industrialisation, the company reaffirmed its commitment to encouraging innovation in the country’s manufacturing industry. Chief Diana Chen, Chairman of GAC Motor, showed interest in supporting MAN’s vision for the future.driving innovation in the manufacturing sector of the United States. “We are glad to do this relationship because we understand how vital Manufacturing is in the country,” she says. 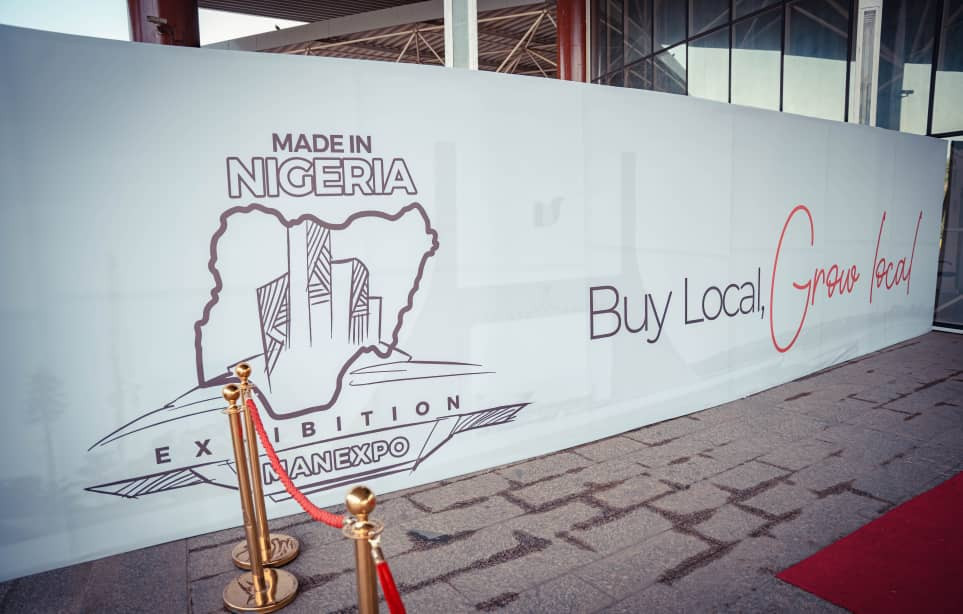 A video display of congratulatory greetings from key stakeholders in Nigeria’s economic landscape kicked off the anniversary dinner. Engr Magaji Da’u Aliyu, representing Speaker of the House of Representatives, Hon Femi Gbajabiamila, delivered a goodwill address. His speech acknowledged the importance of manufacturing in the development of the country. “Manufacturing’s role in the development and economic roles of nations is clear and indisputable,” he says. He praised Nigeria’s Manufacturers Association for their efforts.a variety of programs aimed at accelerating the country’s industrialization “As we come here today to count back the years, I am glad to celebrate with you,” he said. On this occasion, we honor our founding fathers, present president, and prior presidents for their contributions to our country, and we also look forward to our bright future.” 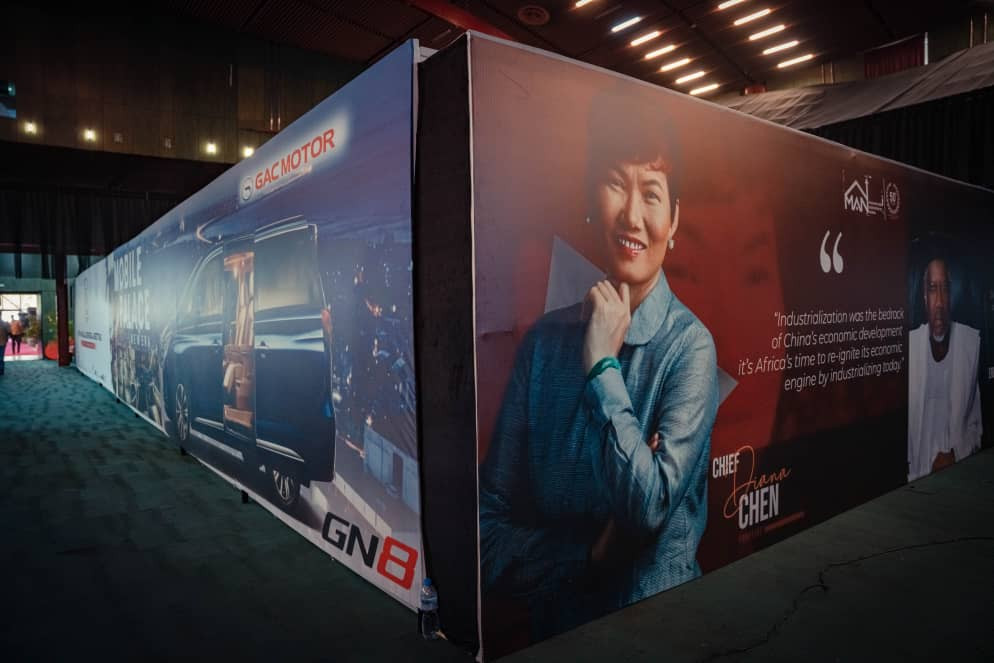 The President of the Nigerian Association of Chambers of Commerce and Industry, Mines, and Agriculture (NACCIMA), Engr Jani Ibrahim, took to the podium, ably represented by his deputy, to congratulate the organization on its outstanding achievements over the years. Recognizing the sector’s difficulties, he praised the organization’s efforts, adding, “We salute the founding fathers of this organization for their vision, perseverance, devotion, and resilience in a climate when Manufacturing is tough.”

Chief Chen spoke extensively about GAC’s aim for pushing industrialization in Africa, especially through the Nigeria-China bi-lateral agreement, during his presentation on the GAC-MAN collaboration. “The collaboration in Nigeria is not only about business,” she says, “but also about China’s commitment to fostering regional developmental prosperity.” 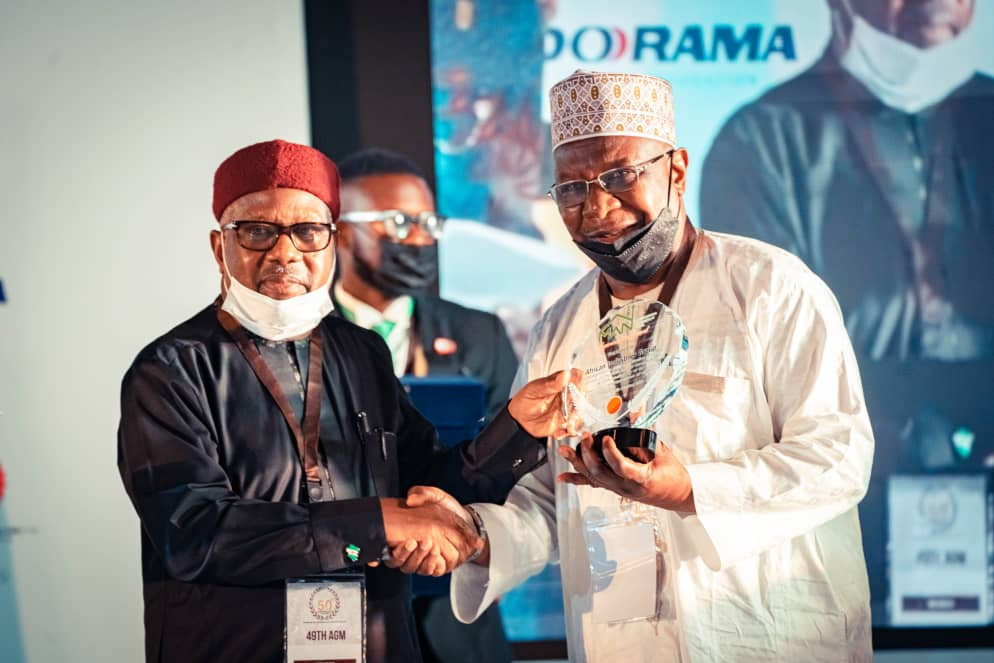 Winners of the MAN Essay and MAN Logo Design competitions received cash awards of N500,000 and N200,000, respectively, as part of the night’s events. The competition was a creative and intellectual competition for university students to discuss the manufacturing sector in the United States, as well as growth and effect channels for the industry.

MAN created a new goal for itself, which reads: To be the major driver for industrialization, sustainable economic growth, and development in Nigeria, in a gesture that signals a new phase for Nigeria’s manufacturing sector. Guests, as well as hundreds of fans who watched the event live online, can speak to the fact that the organization is not content to rest on its laurels. 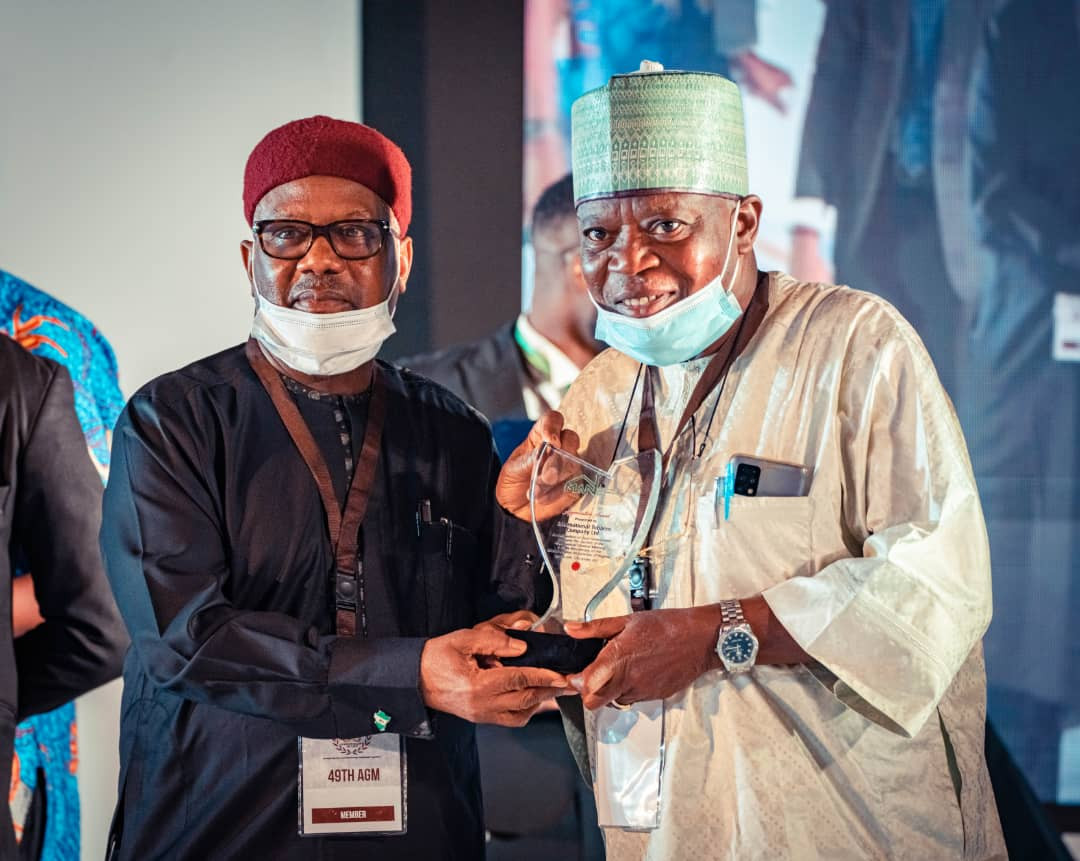 Outstanding individuals were recognized for their distinguished accomplishments that have had a positive impact on the association over the years. Aliko Dangote, Otunba Adeniyi Adebayo, and many other dignitaries who contributed to the organization’s success were among the beneficiaries of the awards.

Engr Segun Ajayi-Kadir, the Director-General of MAN, expressed his gratitude for all of the visitors’ and stakeholders’ efforts in making the 50th anniversary celebration a huge success. “It is in the spirit of nobility that I, on behalf of the president and members of MAN, convey our profound appreciation to our distinguished guests of honor for this great night,” he remarked, praising everyone’s efforts. In his final remarks, he reassured attendees of the organization’s commitment to promoting economic development in Nigeria and across Africa. He made one final remark in his dying words: “MAN OF THE FUTURE IS HERE!” 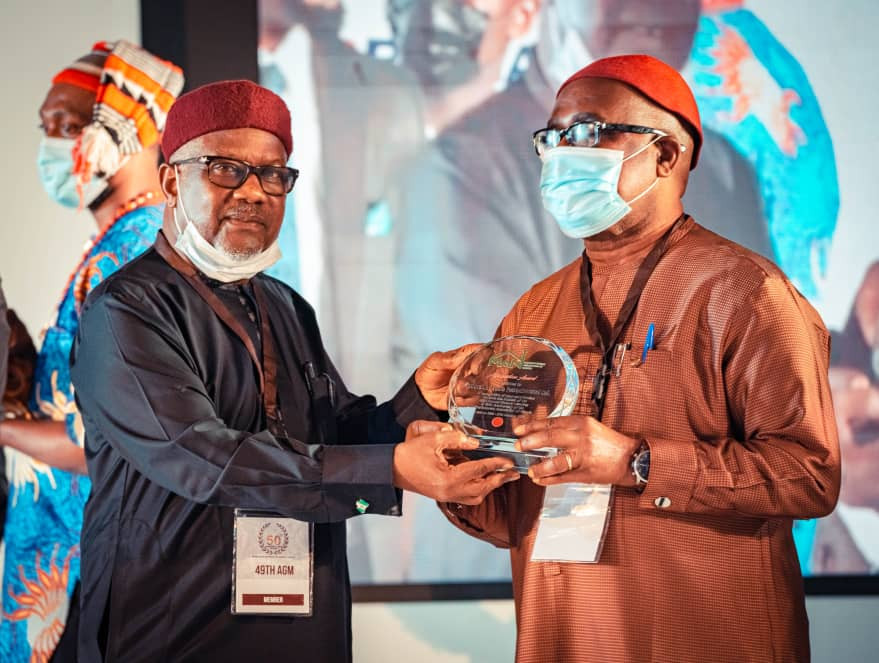 GAC Motor has been working behind the scenes as the Headline Sponsor of MAN’s 50th Anniversary Celebration to ensure the program’s success and to implement real efforts targeted at boosting local production. One of the company’s latest steps was to commission the development of a car assembly plant in Lagos State’s Ogba district. It intends to open its showroom in the next months.

The three-day commemoration provided sufficient insight into the industrial revolution’s future in Nigeria and across the continent. We wish MAN a prosperous dispensation as it enters this new era following its 50th anniversary. 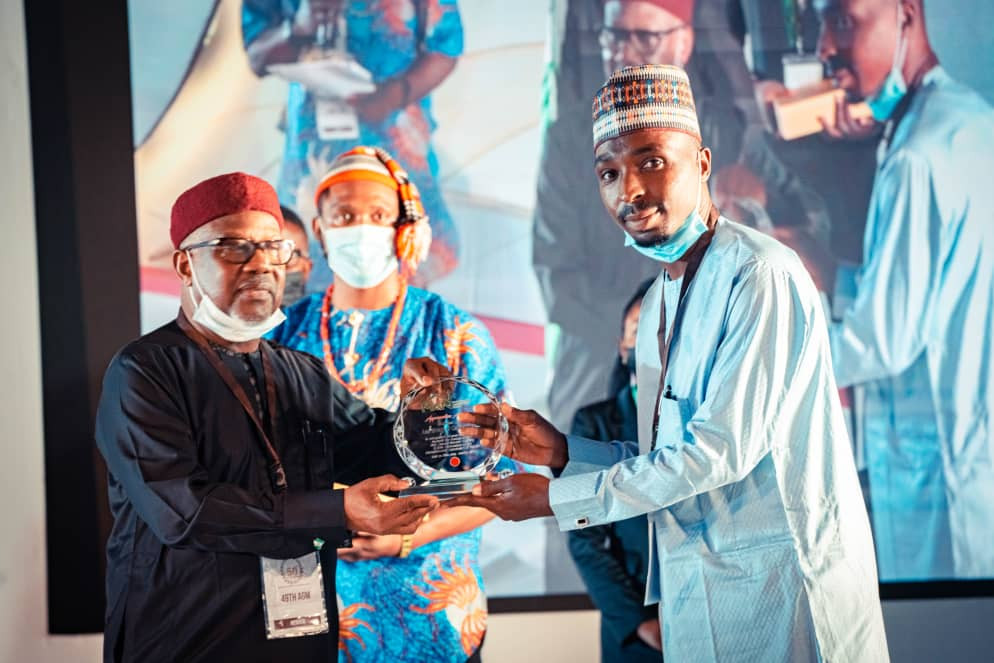 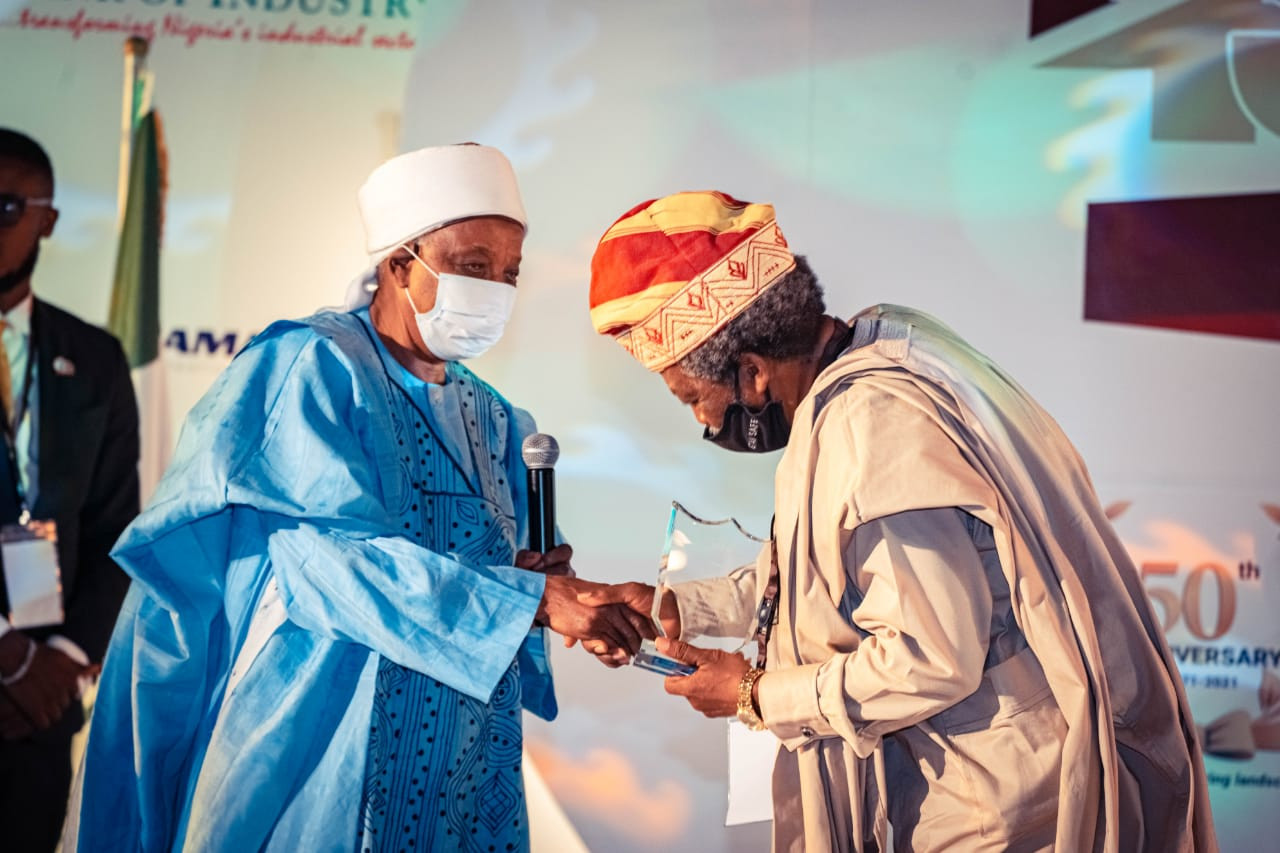 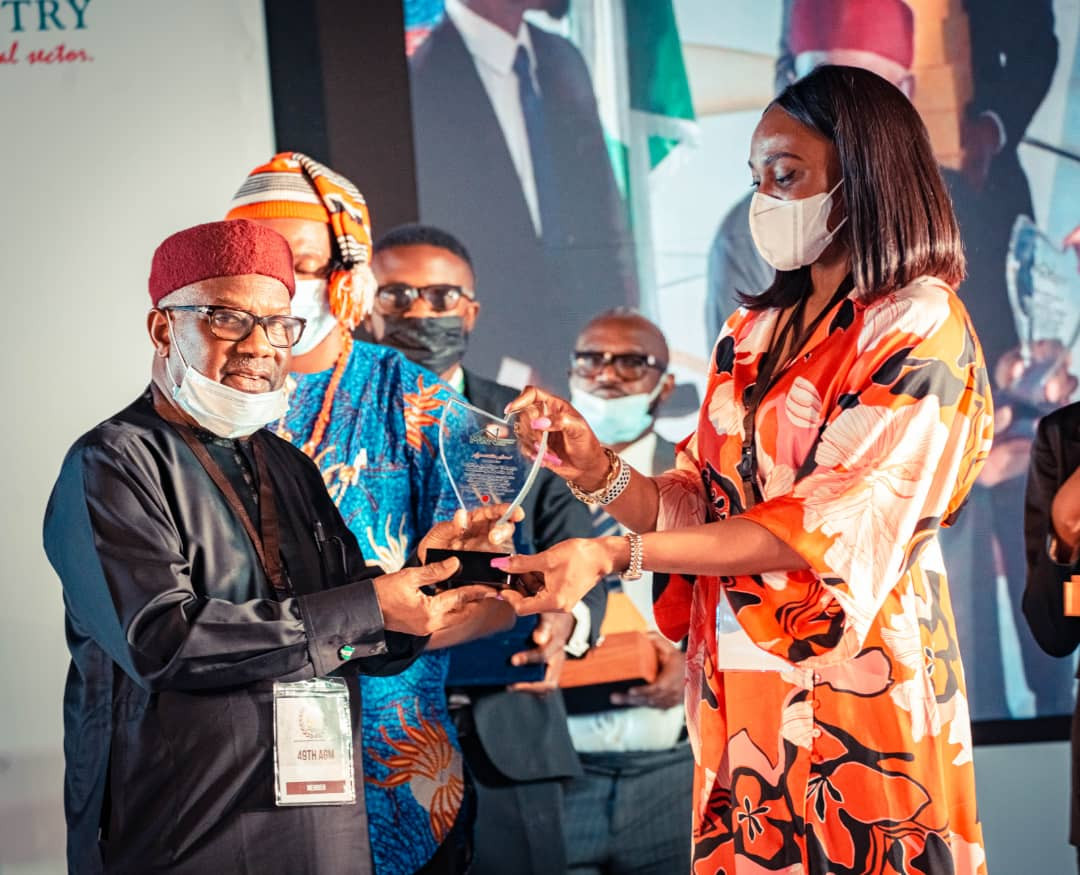 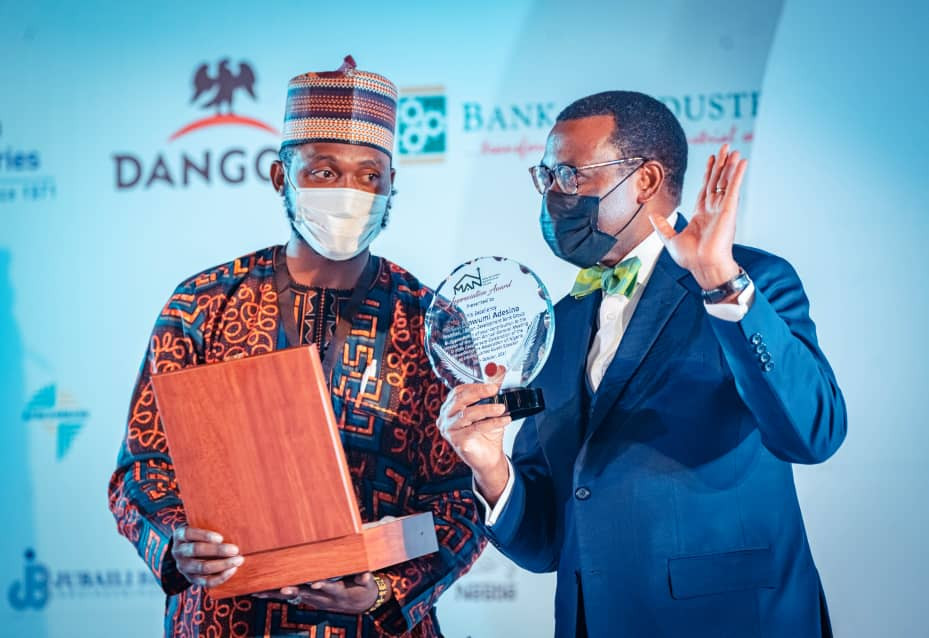 Three Crowns prepares Nigerians for the end of the year… 2021 marks the start of the 30-day Fitness Challenge.

In an unsuccessful kidnap attempt in Kwara, a female teacher was shot.

In an unsuccessful kidnap attempt in Kwara, a female teacher was shot.

A young Nigerian man marries his white sweetheart in Owerri.

Ribeiro has been charged with attempted murder after knocking out a referee in the Brazilian league.

MAN is celebrating its 50th anniversary.

In Lagos, two people were detained with two deceased toddlers packed inside a sack.