“He told me I’m a good Catholic and should keep receiving Holy Communion,” Biden claims after meeting with Pope Francis in the midst of the communion dispute (video) 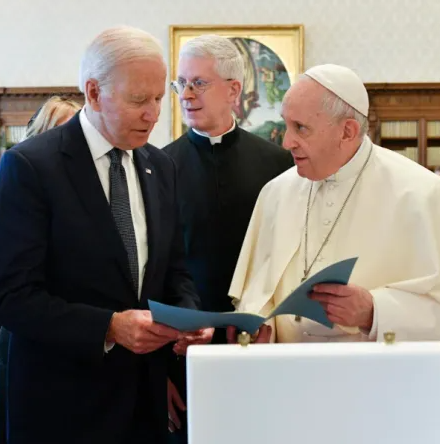 President Joe Biden, who was denied communion months ago by a Catholic priest because of his views on abortion restrictions, has indicated that Pope Francis assured him that he should be able to continue receiving communion.

On Friday, October 28, the US President met with Pope Francis at the Vatican to address a wide range of issues, including climate change, global poverty, and the delivery of vaccines to combat the coronavirus pandemic.

Biden is the United States’ second Catholic president, and he made headlines months before his election when a South Carolina priest refused to serve him Holy Communion.

Biden informed reporters after his meeting with the Pope that the topic of abortion did not come up during their chat. 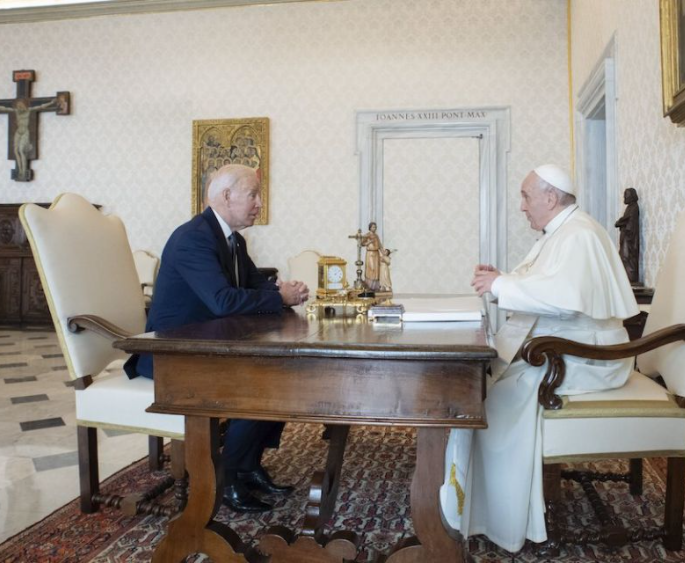 According to pool reports, Biden remarked, “We basically chatted about the fact that he was delighted that I was a good Catholic and that I should keep receiving communion.”

“Yes,” Biden stated when asked if Francis had said that Biden should keep receiving communion.

Biden also revealed that he said a prayer with Pope Francis, who “said one for me” and blessed the president’s rosary, which he wears in memory of his late son, Beau. 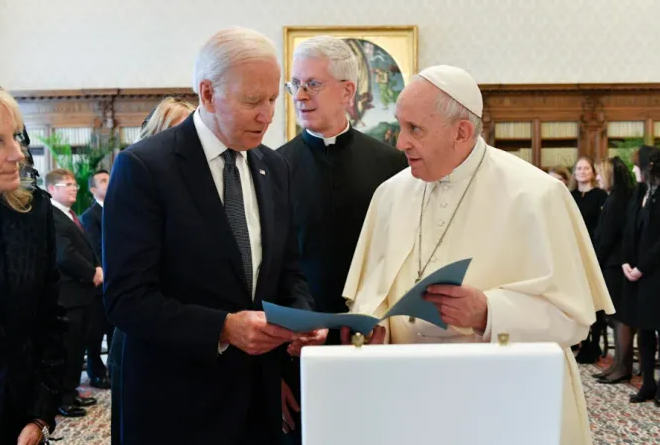 Biden declined to receive communion on Friday and brushed off queries about whether the two discussed the United States Conference of Bishops during their chat, referring to it as a “private talk.”

Biden’s conversation with Pope Francis lasted more than an hour and is the first stage of his multiday journey to Europe, which is the second of his 10-month administration. Biden met with Italian Prime Minister Mario Draghi at Chigi Palace in Rome later that day.

In the video below, you can see Biden speak.

“I saw a little bit,” Gov. Sanwo-Olu tells BBNaija contestants during a meeting in Lagos (video)

Hundreds of sex workers have been arrested as a minister orders a raid on Abuja brothels.

Hundreds of sex workers have been arrested as a minister orders a raid on Abuja brothels.